Amouri’s return.. the highlights of the 10th round 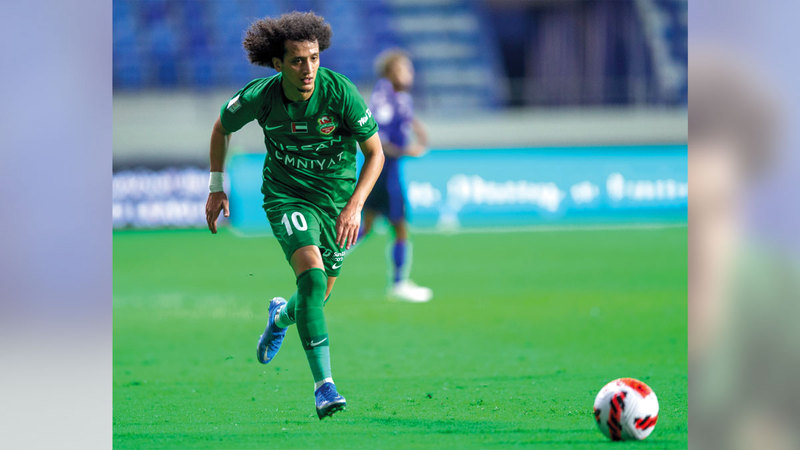 The 10th round of the ADNOC Professional League confirmed that Al Ain is the closest team, the equipment and the first contender for the title, after inflicting a severe loss to the title holder, Al-Jazira by five. Significant in the team’s results in terms of performances and results.

Al-Wahda surprised everyone and reached the runner-up position by only four points from the leaders Al-Ain, after losing 10 full points in the first seven rounds of continuous draws, but the French coach Gregory succeeded in returning the team to the path of successive victories to become “Al-Annabi” at the core of the competition for the title. After he overcame all competitors and achieved a deserved victory over Ajman with three clean goals, and made the Ajman coach admit that he deserved to lose.

Al-Nasr and Shabab Al-Ahly (Dubai Derby), which ended in a positive tie, so that the two teams lost two points in the competition race and tied together in the same points as well, and they have 17 points. Two additional points in front of the leading teams, after he had lost against Al-Jazira, and the top of the next round after stopping in front of Al-Ain remains to be pivotal for the team, if it wants to declare itself a contender for the league title.

Cosmin succeeded in achieving his first victory with Sharjah to stop the series of negative results that the team was subjected to in the last period, and this victory will certainly motivate the team, coach and the public as well, since contracting with a coach the size of Roman Cosmin is one of the indicators of competition with adults for the league title, even if it is delayed. The team is a little bit, but the difference with Al Ain is eight points, meaning that the championship is definitely still on the field.

At the level of the middle of the table, there is a competition between four teams: Khorfakkan, Al Wasl, Ajman and Ittihad Kalba. The four teams present a similar level so far in the championship, and these teams always lose against the leading teams, which is what happened to Khorfakkan in this round in front of Sharjah, and Ajman lost against Unit.

For his part, sports analyst Khaled Obaid confirmed that the 10th round did not witness anything new, and perhaps the loss of Al Jazeera was the most prominent event during the tour, noting that Al Jazeera did not experience such results, and the big loss confirms the existence of a major technical defect in the team after receiving four Defeats so far in 10 rounds and his distance from the competition and close to losing the title in this form and performance.

Khaled Obaid told Al-Emarat Al-Youm: “Amouri’s appearance with Al-Ahly youth, I do not consider it one of the most prominent events, because he appeared at an inappropriate timing, due to the strength of the derby match against Al-Nasr, and he did not provide any addition, and certainly the Al-Ahly youth coach is the most knowledgeable.” He added: “Perhaps the most prominent event in the round is the appearance of the Romanian coach Cosmin, and his presence will certainly constitute a strong addition to the competition and give the tournament another form, and the first victory will make the team play comfortably and take advantage of the pause period to address any problems that appeared, Al-Nasr lost two points.” At home and a draw may be fair for what the team did in the match, waiting for the rest of the rounds.”