Amul published a ‘doodle’ for the new President Draupadi Murmu 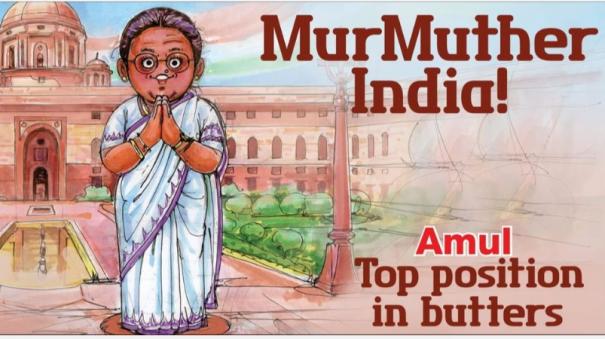 Chennai: Amul India has published a doodle to highlight Drarubathi Murmu, who will take office as the 15th President of India. It has caught the attention of many.

Drarubathi Murmu was nominated as a candidate for the presidential election on behalf of the National Democratic Alliance. He got 64 percent votes in this election. Many congratulated him. Known as the first President born in independent India, the first President from a tribal community and the second woman President.

In this case, Amul, one of India’s leading food manufacturing companies, has released a special doodle to welcome it. In it, Amul Baby, Amul’s trademark symbol, stands behind the President’s House in a white saree with an aloe border in Draupadi Murmu style.

This doodle was shared by Amul on various social media pages. Netizens are reacting to it.