An 83-year-old Japanese man crosses the Pacific Ocean with a sailboat… Alone! 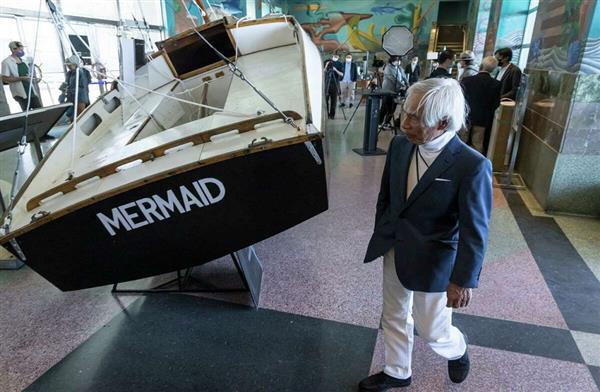 An 83-year-old Japanese sailor who arrived in Japan on Saturday after solo and non-stop across the Pacific Ocean has become the oldest person to achieve the feat, organizers announced.
The journey of Japanese adventurer Kenichi Hori ended in the Kii Strait (western Japan), after it had set out on March 27 on board the sailboat “Senturi Mermaid 3” from a port in San Francisco and lasted for more than two months.
His public relations team announced that Hori’s return to Japan on Saturday made him the oldest person in the world to cross the Pacific Ocean single-handedly and non-stop. His sailboat was equipped with solar panels.
Hori wrote on his blog Friday that the last days of his trip were like a “battle”, during which he faced cross currents. “I am about to cross the finish line,” he added, noting that he was “exhausted.”
The voyage is the latest achievement of the octogenarian Japanese who crossed the Pacific Ocean in 1962 when he was 23, violating Japanese law that prohibits sailors from leaving the country by sea, and secretly entered the United States.
“Sixty years ago I was worried and nervous that I would be exposed, but this time it’s different, as on my journey I have represented a large number of people and receive their support through tracking systems and wireless radio,” he wrote on his blog in April.
Kenichi Horie has made other accomplishments at sea, most notably a 7,500-kilometre voyage he made in 1993 on a pedal boat, and in 2008 he crossed the Pacific Ocean in a boat made partly from recycled materials and powered by waves.