An American champion plays the final of the squash championship in the Egyptian Al-Ahly shirt… and this is the result! (photo) 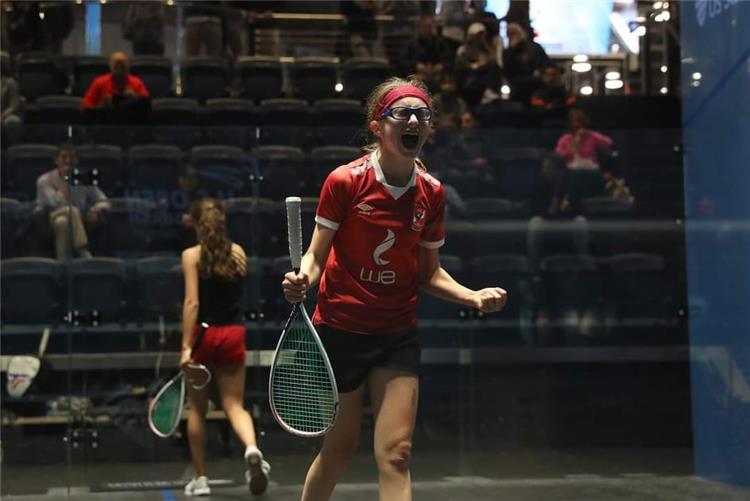 The Egyptian “Botool” website published pictures of the young American player Dixon Hill during her participation in the final match of the American Squash Championship, and it was surprising that she fought the final confrontation wearing the first team shirt of the Egyptian Al-Ahly football club.

The site stated that the American player succeeded in winning the championship cup and crowning the gold medal, at the expense of Samantha Jaffe in three games without a response (11-6, 11-8, 11-9).

Al-Ahly of Egypt is considered one of the most followed Arab clubs in the world, compared to the titles and championships achieved, and many of Al-Ahly’s fans believe in the so-called “red jersey spirit”, which players are usually influenced by morally and make sacrifices for the sake of the shirt, and the American player may have been inspired by this matter!.