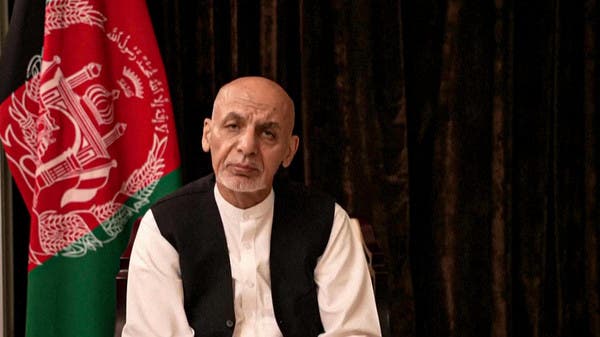 A US government watchdog report said on Monday that it is fairly certain that former Afghan President Ashraf Ghani did not flee Kabul with the Taliban in control of it with millions of dollars in stolen cash.

The report of the Special Inspector General for Afghanistan Reconstruction (SIGAR) to be published on Tuesday is provisional, pending further answers from Ghani.

Politico newspaper was the first to reveal the case, based on interviews it conducted with witnesses and officials who were with Ghani in helicopters that carried the hastily fleeing from the presidential palace in Kabul on August 15, 2021.

Later, several reports indicated that Ghani and other officials took with them about $169 million in Afghan government funds, which Ghani strongly denied.

The report stated that “although (Segar) discovered that some cash was taken from the presidential palace and put on board helicopters, the evidence indicates that this money did not exceed one million dollars, and was probably closer in value to 500,000.”

The watchdog based this assessment on interviews with witnesses and relevant officials, all of whom said they saw no indications of such large sums of cash on board the helicopters that were crowded with fugitives.

“The $169 million in $100 bills constitute a mass of 3,722 pounds, or about two tons,” Segar said, adding that witnesses reported “a small number of baggage” on planes without cargo compartments.

A former official stated that one of the officials carried about $200,000 with him and another about 240,000, while others had “five or ten thousand dollars in their pockets, and no one had millions.”

If the certificates are correct, the report estimated the total amount of money on board the three planes “at about $500,000, of which $440,000 is owned by the Afghan government.”

The report also referred to suspicious circumstances, as “about $5 million in cash was allegedly left in the presidential palace.”

He added that it was not clear where the money came from or what its purpose was, “but it is assumed that members of the Presidential Protection Service shared it after the helicopters left and before the Taliban took over the palace.”

The report pointed out that the opportunity was present to “plunder the coffers of the Afghan government.” But he said, “We don’t have enough evidence to determine with certainty that hundreds of millions of dollars were moved out of the country as the government collapsed, or that the stolen money was donated by the United States.”