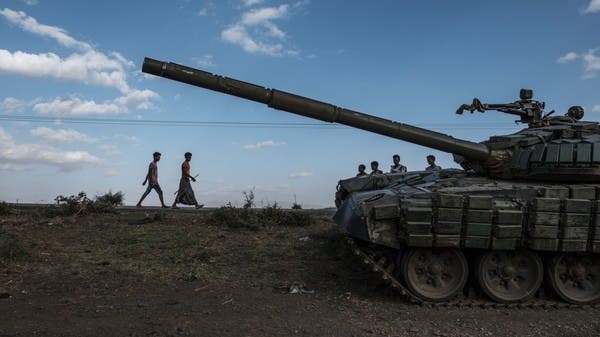 The US special envoy to the Horn of Africa, Jeffrey Feltman, said on Tuesday that progress towards pushing all parties to the Ethiopian conflict to negotiate a ceasefire risks a “worrying” military escalation.

Feltman briefed reporters in Washington after returning on Monday from Ethiopia, where he met Prime Minister Abiy Ahmed and discussed a possible diplomatic solution to the conflict.

Feltman said that the Ethiopian Prime Minister and the Tigray People’s Liberation Front seem to believe that both of them are on the verge of achieving a military victory, expressing concern that the developments on the ground will threaten Ethiopia’s stability and unity in general.

He added that progress has been made regarding “attempting to push the parties to move from military confrontation to the negotiation process, but what worries us is that this fragile progress may be overtaken by worrying developments on the ground that threaten the stability and unity of Ethiopia in general.”

Feltman said the two sides of the conflict are talking to the United States about starting a peace process. He added that although he discussed a diplomatic solution during his meeting with Abiy on his latest trip to the country, the Ethiopian leader expressed confidence that he would be able to achieve his goals militarily.

Evacuation of families of international staff from Ethiopia

In the context, the United Nations intends to evacuate the families of international staff from Ethiopia by Thursday, while France called on its nationals to leave the country, in the north of which has been witnessing a war between government forces and rebels for more than a year.

In an internal document issued on Monday, the UN security services asked the organization to “coordinate the evacuations and ensure that all family members of eligible international staff leave Ethiopia no later than 25 November 2021.”

Several countries, including the United States and the United Kingdom, have urged their nationals to leave Ethiopia, as the international community is still unable to obtain a ceasefire.

The French embassy indicated that it took this decision in light of “the development of the military situation”, and it seeks to facilitate the departure of nationals by reserving seats for them on commercial flights, and they will organize, “in case of necessity”, a charter flight, according to the e-mail.
According to the French embassy, ​​more than 1,000 French people reside in Ethiopia.

An official at the French embassy did not rule out “voluntary departures of embassy employees, especially those who have families.”

On November 2, the Ethiopian federal government declared a six-month state of emergency throughout the country and called on the residents of Addis Ababa to organize their ranks and prepare to defend their city in light of growing fears of the advance of the Tigrayan People’s Liberation Front fighters and their allies towards the capital.

However, the authorities assert at the same time that the rebels’ declarations of military progress and an imminent threat to Addis Ababa are exaggerated.