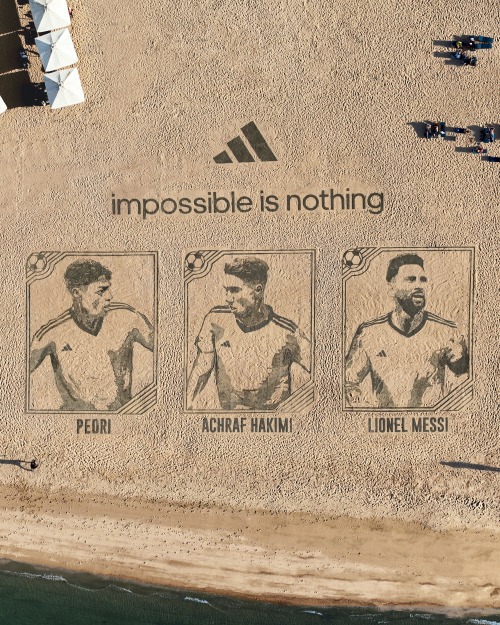 The work bore the name “Beach Billboard”, as the “Atlas Lions” player was classified as one of the 3 most prominent players in the world, and was chosen from among a large list of international players participating in the 2022 World Cup.

The painting, located next to Doha’s two main airports, took ten days to create and was designed by Dubai-based multidisciplinary artist Nathaniel Alabede, who uses sand art to create large murals on beaches throughout the Middle East and its deserts.