An astronomical phenomenon in the sky of Saudi Arabia today 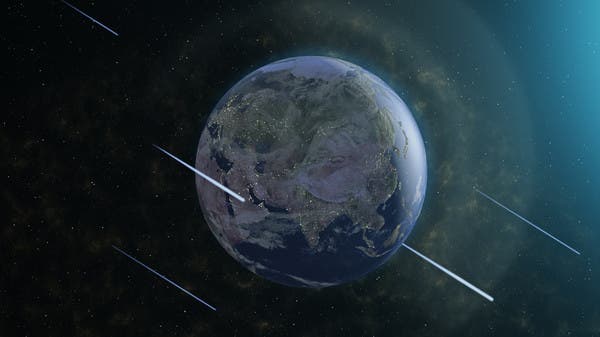 The head of the Astronomical Society in Jeddah, Eng. Majed Abu Zahira, revealed the appearance of the Eta Daluyat meteors, which reach its peak this year at dawn on Friday, May 6, in the sky of Saudi Arabia and the Arab world, coinciding with the blessed Eid al-Fitr.

In his interview with Al-Arabiya.net, he said, “The Eta Daluyat meteor is active annually from April 19 to May 28, and it is one of the meteors capable of producing up to 60 meteors per hour, and most of its activity is in the southern hemisphere, but in The northern hemisphere can reach about 30 meteors per hour on average, because the “Aquarius” stars in front of which these meteors appear apparently do not rise high in the northern half of our planet.

He added, “Annual meteor showers arise when the Earth passes during its orbit around the sun through dusty debris scattered along the orbits of the comets in general, and by determining the speed and direction of these meteors, a path can be made for that dusty debris through the solar system and its source, and in the case of the Eta Daluyat meteors, the The source is Halley’s Comet.

He also added, “In general, the best time to observe these meteors is in the hours before dawn by observing the southeastern horizon at about five o’clock in the morning, and monitoring them is from a dark location away from the light pollution of cities (not from home), knowing that the human eye needs about 20 minutes to adapt. with darkness and the observer must give himself at least an hour to see a meteor.”

He explained that the moon will not have an effect this year, as it will be in the process of a crescent at the beginning of the month and will be absent early in the evening, leaving the dark sky to better see the meteors.

It is noteworthy that the reason for calling these meteors “Eta Daluyat” is because they appear to be near the faint star “Eta Aquarius”, but there is no relationship between the star and the meteors, as that star is 170 light-years away from us and is equivalent to trillions of kilometers, while the meteors shine at a height ranging from Between 70 and 100 km above the Earth’s surface.