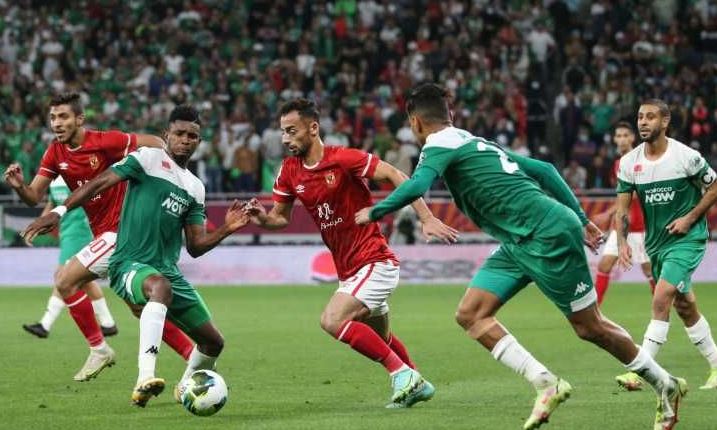 Al-Ahly of Egypt hopes to put a foot in the third consecutive final in the African Champions League when it hosts Algeria’s ES Setif tomorrow at the “Al-Salam” stadium in Cairo in the first leg of the semi-finals, while Morocco’s Wydad will play its third trip this season to the Angolan capital Luanda to face Petro Atletico. .

The Egyptian team seeks to reach the fifteenth final in its history and enhance its record after titles in the competition and raise it to 11, but it is well aware of the difficulty of the meeting against its Algerian guest, who is seeking his third title after 1988 and 2014. The 2020 and 2021 champion is going through an unsettled stage, after the absence of victory in his last three matches, where he tied with Moroccan Raja Casablanca 1-1 in the second leg of the quarter-finals after winning the first leg 2-1, then tied twice in a row in the local league with Tala’a El-Jaish negatively and Ceramica Cleopatra 1- 1, and therefore looks forward to reconciling his estimated twenty thousand fans, who will be allowed to support the team.

The Serbian coach of the Algerian team, Darko Novich, mobilized the striking force of the team to confront the “Century Club”, by relying on a group of veteran players, most notably Abdelmoumen Djabo and Akram Djehnit, to the brilliant goalkeeper Sofiane Khadaria, who was the champion of reaching the semi-finals with his distinguished saves against the Tunisian Esperance players in the previous round.

Moroccan Wydad is aware that he will have a difficult fight against his host Petro Atletico at the “11 de Novembero” stadium in Luanda, after losing to him in the group stage 1-2 before returning home with a sweeping 5-1 victory in Casablanca.
“Wydad Al-Ummah” is looking forward to returning with a positive result that will facilitate its return at the “Mohammed V” stadium next week. On the other hand, the Angolan team seeks to take advantage of the ground workers and the public to achieve a victory that brings it closer to the first final in its history.

Wydad coach Walid Rekraki is missing the services of midfielder Jalal Daoudi due to the suspension, and to the injured duo, the Libyan winger Moayad Al-Lafi and Reda Al-Jaadi.

The Moroccan league leaders lineup includes good elements capable of making up for the absences, as the duo Yahya Gibran and Ayman Al-Hassouni stand out in the midfield, to the Congolese strikers Guy Mbenza and Jovel Tsumu, as well as goalkeeper Ahmed Reda Al-Taknaouti and international full-back Yahya Attia Allah and Ashraf Dari.