An English club opens the doors of its stadium for Muslims to perform the Eid prayer.. (Video) 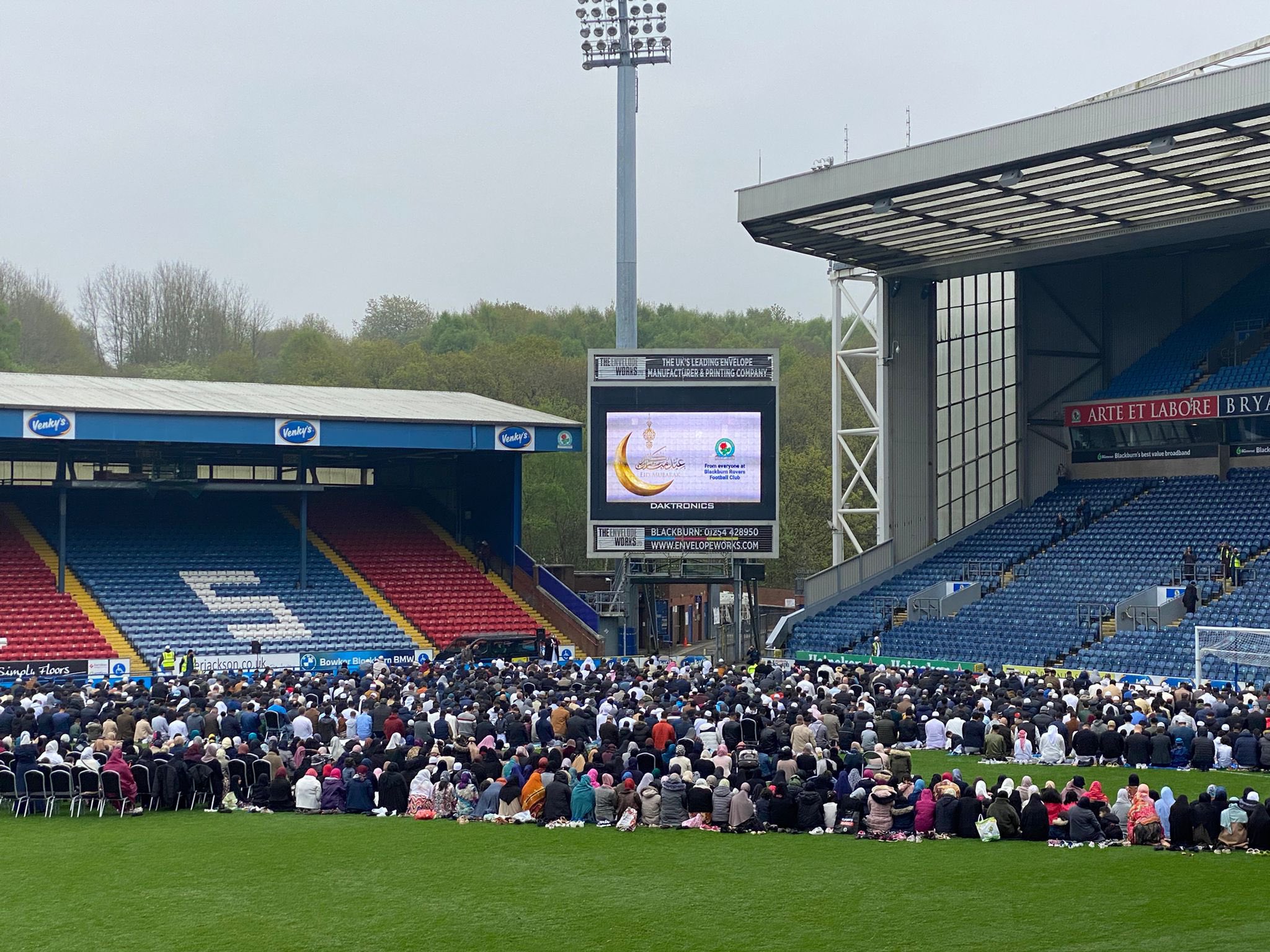 The English club Blackburn Rovers opened the doors of its Ewood Park stadium to Muslims to perform the Eid al-Fitr prayer.

And Blackburn Rovers Club published some photos and videos of the Eid prayer rituals from inside its stadium.

Blackburn Rovers became the first club in the history of England to open the doors of its Ewood Park stadium; This is in order to allow Muslims to perform the Eid prayer.

Wassim Kempson, the imam who led the prayer at Blackburn FC, told Sky Sports: “We are so happy and grateful to Blackburn for opening the doors for us to pray on the pitch.”

It is reported that Blackburn Rovers are playing in the English second tier this season.

🌙 Eid Mubarak from everyone at Blackburn Rovers.

This morning #Rovers became the first football club in the country to host Eid prayers on the pitch. 💙#EidMubarak 🔵⚪️ pic.twitter.com/Pw0LHkqjg5