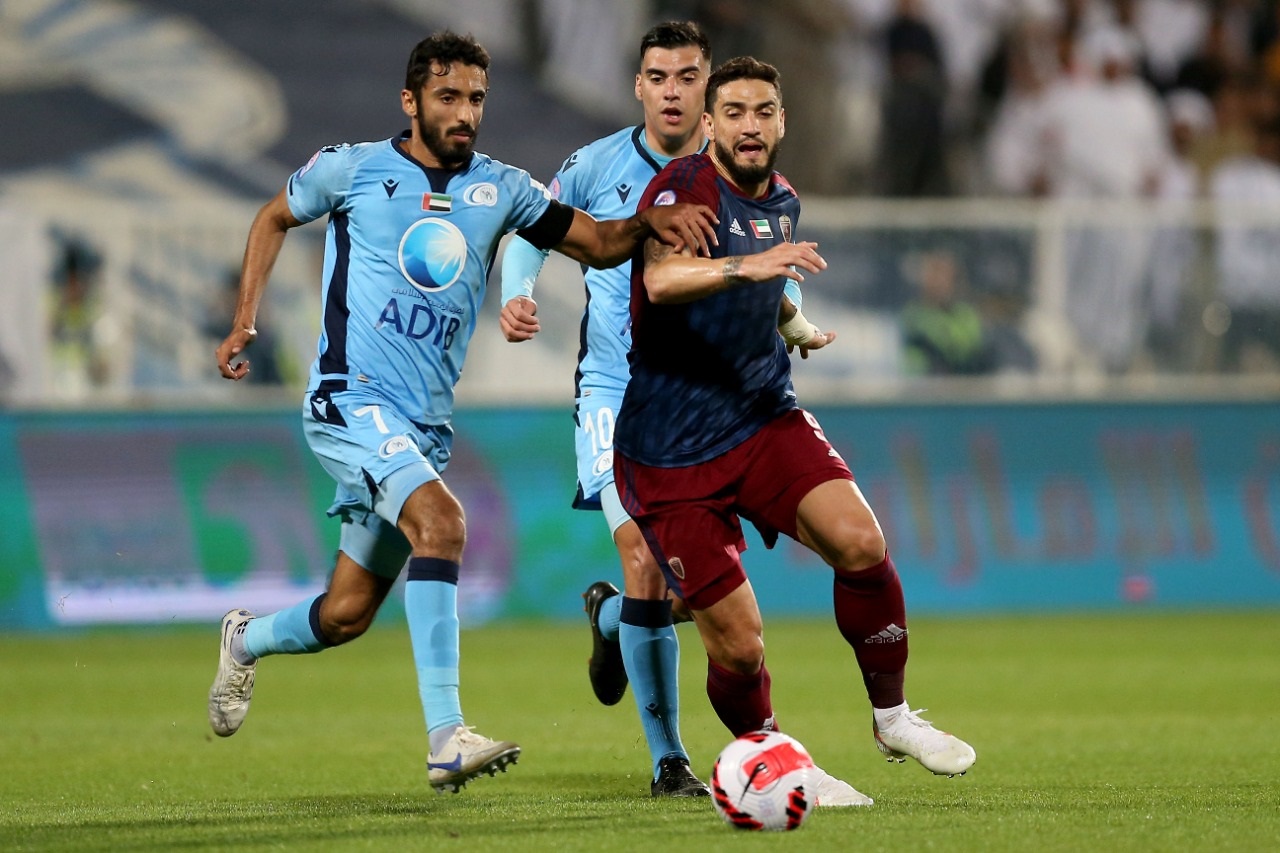 Brazilian Joao Pedro led his team Al-Wahda to achieve an important and valuable victory with a clean goal outside his stadium at the expense of Bani Yas in the confrontation that brought the two teams together this evening, Monday, at Al-Shamkha Stadium, within the 13th round of the ADNOC Professional Football League, to stop Al-Annabi series of negative results (a draw With Khorfakkan 2-2 and lost from Ajman (0-1) and climbed to the third place after reaching the 26th point, while the points of “Al-Samawi” froze at 15 in the ninth place.

The match was on its way to a goalless draw when Pedro snatched Al Wahda’s winning goal in the 90 + 1 minute, taking advantage of the homeowners’ defense error in pushing the ball away.
The ball was confined in the middle of the field in the first half, with a clear competition to control the maneuvering area, in light of the two parties relying on playing with advanced defense, which increased the intensity of the competition.

During the second half, the coaches of the two teams threw all their attacking cards to snatch the winning goal. While the hosts relied on counter-attacks only, Al-Annabi adopted a pressing attack method with a stream of continuous attacks that resulted in the winning goal in the 90 + 1 minute by the Brazilian Pedro.