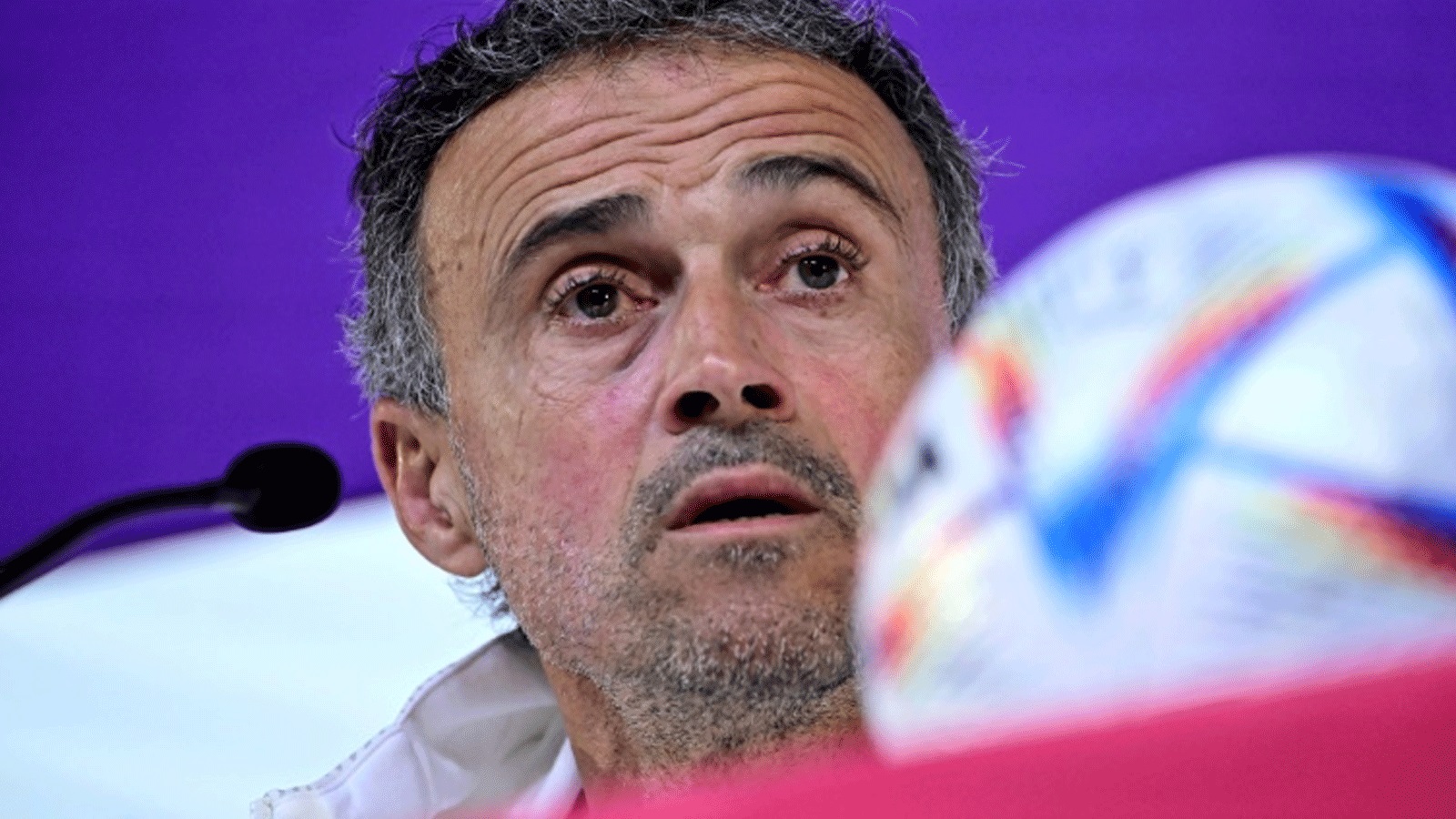 It was a “special day” for Spain coach Luis Enrique, not because of the 1-1 draw with Germany in the second round of Group E for the Qatar World Cup, but because his late daughter would have celebrated her 13th birthday if she were alive.
“It is a special day for me and my family. As is known, our daughter is no longer with us physically, but she is still present every day. We remember her a lot,” Enrique said in a press conference after the tie, which kept his team in the lead by four points.
“We laugh and think about how she would act in every situation we go through,” he added.
Shana passed away in 2019 at the age of nine, after a struggle with bone cancer.
Enrique was forced to leave the national team that he took over in July 2018 after the World Cup in Russia, after he was unable to complete his mission due to the illness of his daughter, who died in late August 2019, so his assistant Robert Moreno deputized him and succeeded in leading the 2010 World Cup champions to the 2020 European Cup finals.
Enrique returned to supervise the national team in November 2019.
On the morning of Sunday’s match, the 52-year-old posted a video clip on Instagram, in which he said, “Today we are not only playing against Germany, but Shana was to celebrate her thirteenth birthday,” wishing her a “beautiful day” wherever she is now.
And he believed, “This is the year of life. Not everything is happiness, but you have to learn how to deal with moments of this kind as well.”
And after he led “La Roja” to the semi-finals of the European Cup 2020, which was held in the summer of 2021 due to the repercussions of the Corona virus, Enrique and his team are steadily moving towards the final price of the Qatar World Cup after the historic start against Costa Rica (7-0) and then a tie with Germany in a meeting that is considered the strongest of all. Launch in the group stage.
Enrique was satisfied with the result of the match in which his young team advanced, saying, “In the end, we have to think about our current position. We are at the top of (the group of death) and we must be happy.”
Spain concludes the group stage on Thursday by meeting Japan, which surprised Germany at the opening 2-1, before falling Sunday against Costa Rica 0-1.