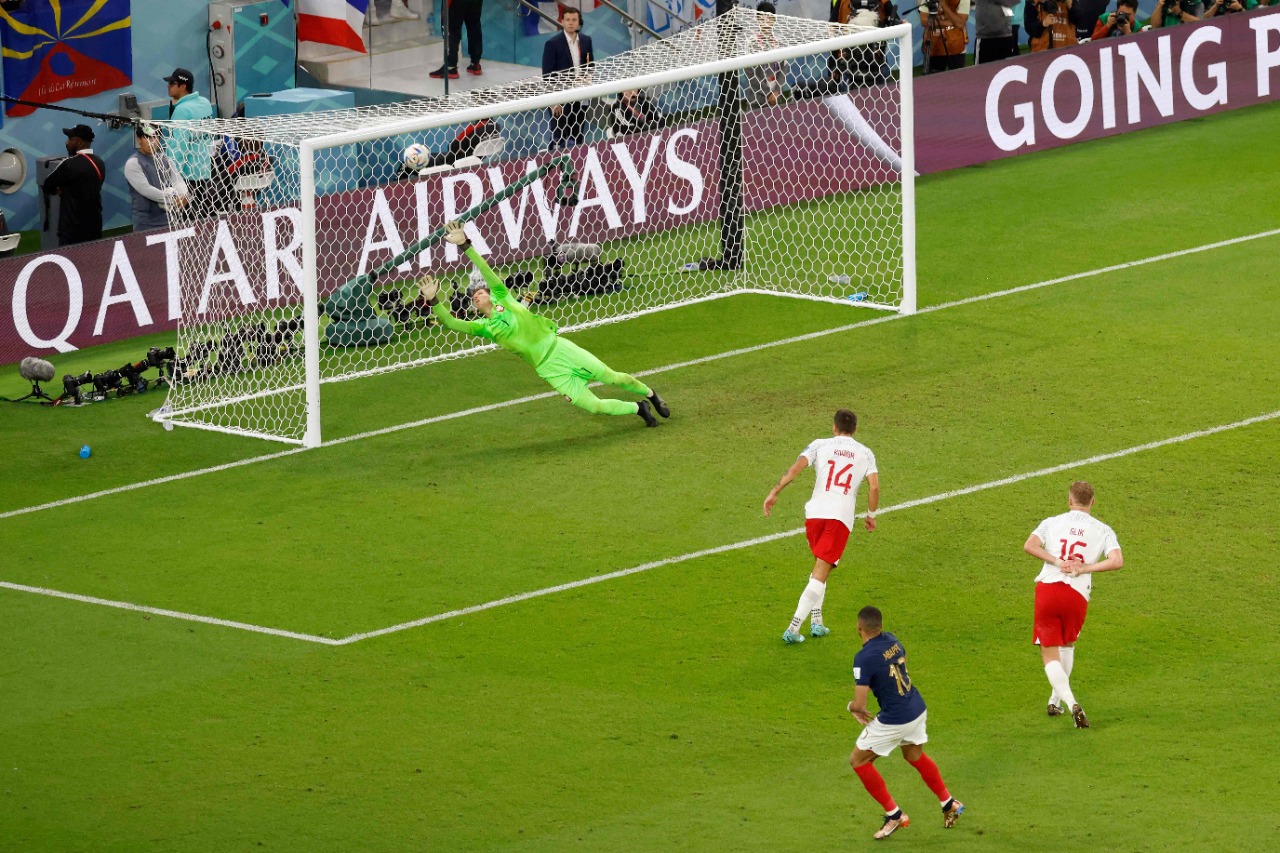 Poland’s wonderful goalkeeper Chesny appeared after his team’s match against France, sitting next to his daughter, consoling him after Poland’s exit from the World Cup, on his way to the dressing room after the match.

Chesney, who left the World Cup after losing 3-1 to France in the round of 16, managed to save two penalty kicks in the first World Cup, which was in front of the top scorer of the Saudi national team, Salem Al-Dosari, while the second was in front of the legend Messi and the Argentine national team, and he was able to tackle it brilliantly and was one penalty kick away from Writing his name in the history records by saving three penalty kicks in one World Cup, which is the steadfast number from the World Cup since 1966.

After France’s match with Poland, the Polish goalkeeper appeared sitting in front of his daughter, trying to console her after the loss and leaving.

Poland advanced in Group C with Argentina, the group leaders, after collecting 4 points by defeating Saudi Arabia, drawing with Mexico, and losing from Argentina, but faced the world champion France in the round of 16 and was eliminated from the tournament in the second stage.