WorldAn inspiring Saudi who fought cancer and obtained a doctorate.. tells his...
World

An inspiring Saudi who fought cancer and obtained a doctorate.. tells his story 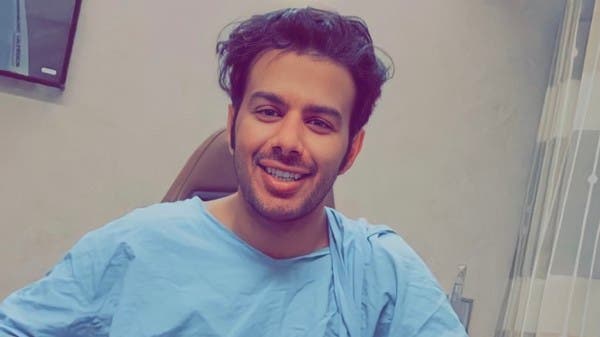 A Saudi young man was diagnosed with “cancer” to begin the cruel war journey with the disease 12 years ago, to write the most wonderful inspiring stories, and to be the source of optimism for the affected patients when he instilled in them the spirit of hope, until he wrote a book “Me and Cancer… Pain and Hope”, to follow it with another publication he named adapting to life.

Dr. Hamad bin Jarwan, the Saudi ambassador to fight cancer, as the activists call him, who suffers from cancer, who has the famous phrase “Fight for your dreams and you will reach,” wrote many stories in his life, telling Al Arabiya.net, saying: My story began with the disease. At the end of my undergraduate studies in mathematics, and before graduating, I discovered that I had cancer in tissues and nerves, and then the disease spread to the spinal cord, which is one of the most dangerous and worst diseases. But I faced it with courage and trust in God, and I have hope for recovery.”

Bin Jarwan continued his story: “I stayed in the hospital for a year and a half, and the study was postponed after undergoing chemotherapy, radiation, and operations, and after the treatment trip, I completed my university studies, when the cancer moved to the nerves, and my need for operations increased, but I made a decision to forget something called (disease). I dedicate my life to studying until I got my BA in Mathematics.”

And he continued: “In order to continue life and work, I asked to teach in the Qurayyat Governorate, so that I could study in the Hashemite Kingdom of Jordan at Yarmouk University, at my own expense, at the same time continuing the journey of chemotherapy doses monthly, and I remained in this condition for 3 years, until I was crowned The days of the struggle with a master’s degree in mathematics specializing in measurement and evaluation, then I decided to leave Qurayyat after the disease intensified, to occupy myself with a doctoral study in Malaysia, and before traveling, doctors in Riyadh told me that there are risks and problems in blood, tumor, treatment and the ability to walk, but that did not stop My determination in knowledge and achievement.

Bin Jarwan was able to obtain a doctorate, to spread his stories of messages of optimism on all social media, talking about the demand for life despite the inability to treat it, which he announced, stressing his satisfaction with what God wrote with the help of strength, faith, and will until he was able to achieve success and obtain PhD, which he considered a great dream, because of alienation and disease.

He said: “During my career and my experience, I strive to instill a spirit of hope in patients and invite them to life, to demand it and be satisfied with what God has divided, to leave behind me the lamps of hope that light up for the walkers behind me. Adaptation to predestination and circumstances, contentment with what God has decreed, smile and optimism despite the difficult circumstances in order to overcome obstacles.

He continued: “God has decreed that I reach a stage where it is not possible for me to be treated in hospitals at home and abroad, and to live on painkillers, but my feelings of contentment, happiness and hope in God have never ceased, and I would apologize to the followers for the interruption sometimes due to the circumstances of the disease.”

And about the content of his book publications, he indicated that: The first book included talking about the first treatment journey in Thailand, and the book was called “Me and Cancer.. Pain and Hope,” which lists the beginning of my injury until the time he obtained his doctorate, and 2000 copies were printed, and now I am working on The book “Adaptation to life”.

My family and illness

When he continued telling his stories, he said: “I received great support from my family, which I avoid telling them about the details of my illness, and content myself with the broad outlines of my suffering. I do not want them to feel pain, and I am keen to deliver my beautiful news. By my side with prayers, care and follow-up, and during 10 years I lived away from my family because of treatment and study and my presence in Riyadh and my family in Al-Baha, which I visit from time to time.”

At the conclusion of his speech, he stressed that God compensated him with other things, so he learned from the disease patience and will and facing the impossible, and the importance of accessing information by himself, and going through the experience in his own way, and to find his way alone through faith in the constants.