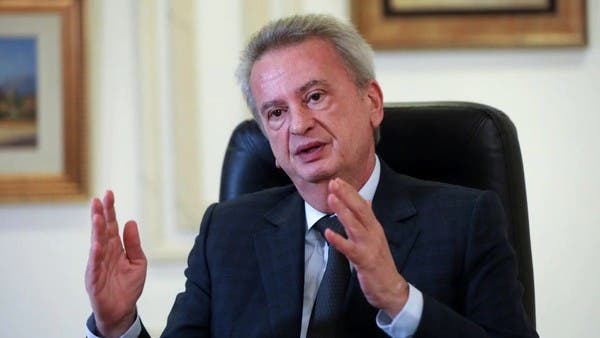 A Lebanese investigation into allegations of embezzlement and money laundering faced by the central bank governor and his brother is scheduled to obtain new information about the brother’s bank accounts today, Thursday, in a development that may advance the investigation’s progress.

Riad Salameh, the governor of the Banque du Liban, faces judicial investigations in Lebanon and at least five European countries into allegations that he and his younger brother, Raja, embezzled at least $330 million in public funds.

Both deny the accusations.

Riad Salameh confirmed to Reuters today, Thursday, that the Special Investigation Commission of the Banque du Liban had agreed to hand over the account information of Burja Salameh to the discriminatory Public Prosecutor Ghassan Oueidat.

The central bank governor usually chairs the body, but he said he has stepped down as head of it so as not to create any conflict of interest.

Oweidat had earlier sent letters to Lebanese banks requesting that the judiciary be provided with account information belonging to Raja Salameh.

The banks refused, citing banking secrecy laws, and instead submitted the information to the central bank’s body.

The move comes as a French judge investigating the same accusations against the Salameh brothers made an unprecedented visit to Beirut. Judges in Europe are also seeking this information because it may provide answers as to where the proceeds of their alleged illicit earnings have ended up.

Three judicial sources told Reuters that French investigative judge Aude Borissi met with Oueidat today, Thursday, in a Beirut court, in the first visit of its kind by a European judge.

Two people familiar with the matter said her visit was aimed in part at obtaining account information for the Salameh brothers and other people in the investigation who may be involved.

The French embassy declined to comment, saying it was not involved in coordination between the two judicial authorities.

The delivery of full information would represent a major advance in the investigation after months of delays.