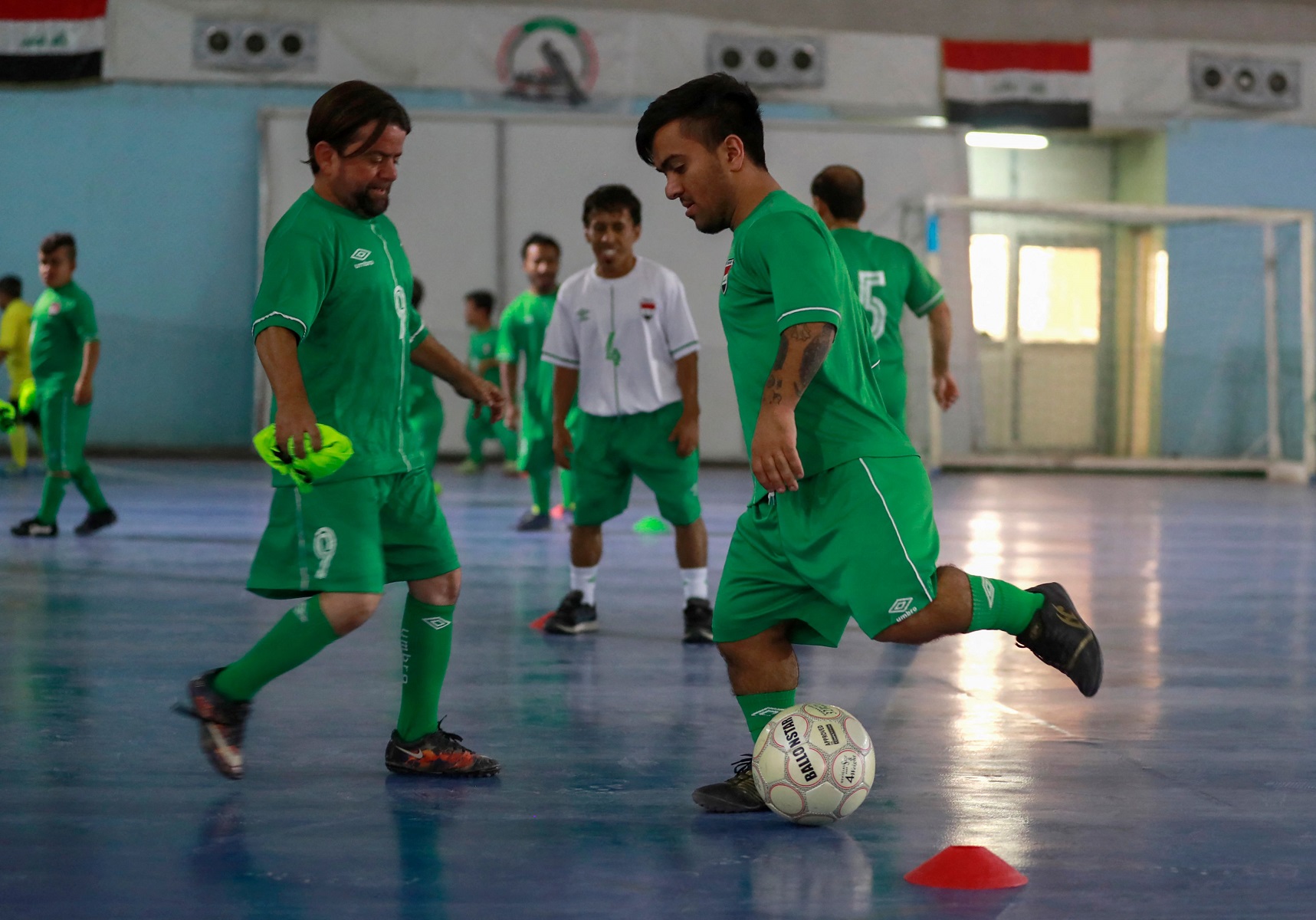 Omar Abdul Rahman, one of the Iraqi national football team players of short stature, was keen to attend twice a week to train with the rest of his colleagues, in order to dream of participating in their first world championship in Argentina.

Despite the team’s mediocre potential, the 25 players from all over the country forget the daily hassles, discrimination and ridicule they sometimes face.

“The team has a role in changing the course of my life and the rest of the players,” says the team’s striker Abdel Rahman, who runs a family that includes a wife and three children.

The man in his forties, who is considered the most prominent player in the team’s attacking position, and whose green shirt is draped with the Iraqi flag No. 9, works in a family café where he serves hookah to customers.

Abdul Rahman, who is 1.42 m tall, said, “I have talents in football, but the contempt towards this category prevented us from playing with popular teams.. Now the situation has changed.”

With the shouts of admiration from colleagues for what Omar is offering, the rest of the players continue their beautiful training performances and mimic the touches of the normal players because of their fun way of passing the balls and the way they shoot them to the goal with skillful abilities.

“Everyone is required to reduce weights.” With this advice, the coach begins his mission after the players gather in the middle of a hall, one of the walls of which has the emblem of the International Federation of Short People installed on one of its walls. He shakes hands with them before the start of the training session, which begins with the physical warm-up exercises.

The team has finally returned from a friendly match in Jordan, and in 2022, it plans to travel to Argentina to participate in a world championship for teams of short stature.

The Iraqi national team for short stature is the second Arab team from Asia, besides Jordan, preparing to participate in a tournament that will also witness the participation of two Arab teams from Africa, Egypt and Morocco.