Analysts on Russian state television lash out at Western leaders: ‘Nothing will stop them’ 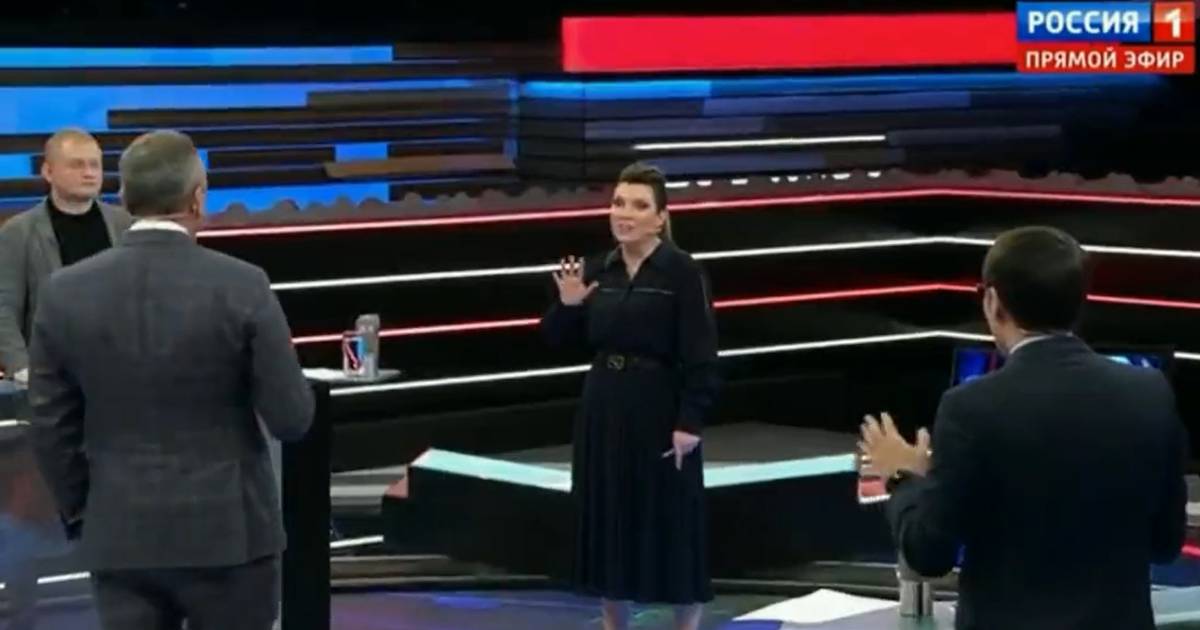 Analysts on Russian state television have stepped up a gear in their war rhetoric. In recent days it has been heard on all major channels that the Third World War and the use of nuclear weapons are ‘inevitable’, according to them.

The so-called analyzes of the Putin stalwarts on Russian state television follow the big words that were heard last week by Russian Foreign Minister Sergei Lavrov and President Vladimir Putin himself. Lavrov said Monday that the possibility of World War III is “real” and Putin yesterday threatened to use “weapons no one else has” against countries trying to intervene in the conflict in Ukraine.

The Russian ‘analysts’ now seem to consider the idea of ​​a Third World War with the deployment of nuclear weapons as inevitable and communicate this to Russian viewers in that way, according to images that Russian media analyst Julia Davis shared on social media.

According to presenter Olga Skabeeva on state channel Russia-1, the arms transfers from the West to Ukraine are a declaration of war. “What are we waiting for?” she asks. Political scientist Mikhail Markelov portrays the West as the main villain in the story and even thinks that World War III has already started. “The representatives of these forty different countries are a modern, collective Hitler,” he says.

In the talk show of Vladimir Solovyov it was put even more sharply. Solovyov complained that the West ignored all warnings from Russia. “Nothing will stop them. They’ve decided to play it big. These are assholes with no morals.”

The most shocking statement came from Margarita Simonyan, the head of the Russian news channel RT. “Either we lose in Ukraine or World War III starts,” she said. “I think the scenario of World War III is the most realistic, knowing us and knowing our leader Vladimir Putin. The idea that everything will end with a nuclear attack seems more likely to me than any other scenario.”

“We will go to heaven,” said presenter Solovyov. Which in turn elicited the laconic answer ‘we all die someday’ from Simonyan.

Presenter Dmitry Kulikov also stated that war is sometimes ‘inevitable’. “Let’s be worthy of our predecessors and everyone who ever went through something like this. Why should we think that our life is worth more than that of our grandparents? Why should we be free from our historic mission?”

Spokesperson Maria Zakharova of the Ministry of Foreign Affairs took that hard line. “The Western countries will go as far as they can. If we don’t stop them, they will go to extremes.”

A good reason, according to retired Colonel Yury Knutov, not to rule out any scenario. “For some reason they believe they can suffocate Russia until we surrender,” it said on the talk show ’60 Minutes’ yesterday. That Russia will never use its nuclear weapons. But if the very existence of our nation is threatened, we have a right to do so.”