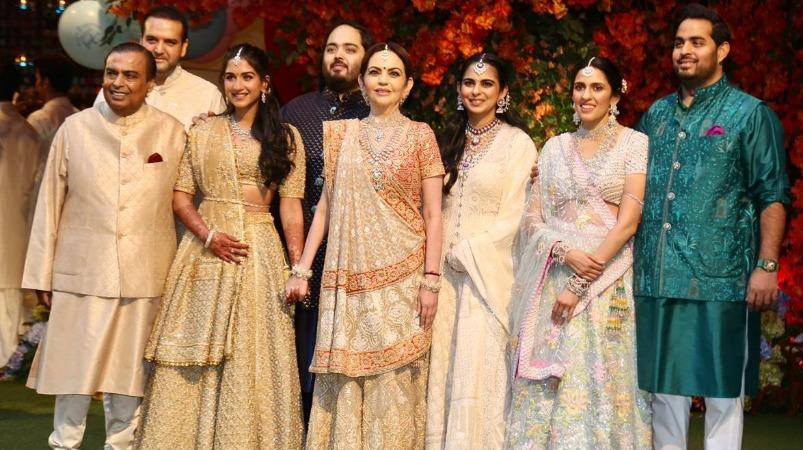 In this, Bollywood celebrities including Shah Rukh Khan, businessmen and others participated. Earlier, the family including Mukesh Ambani and his wife Nita Ambani danced to the tune of a Hindi song to cheer their daughter-in-law who was coming home. At that time, Radhika Merchant, who was sitting opposite, was smiling very happily.