Anas Jaber achieves the Madrid championship .. the largest in her career 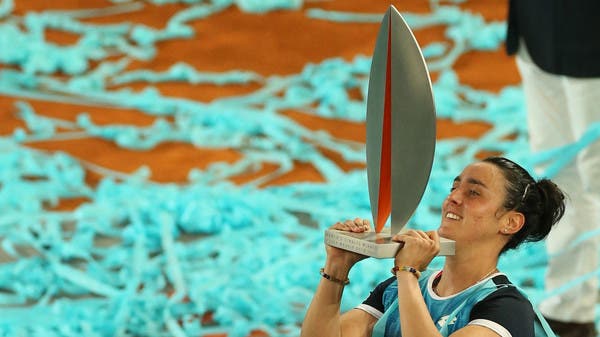 Tunisian Anas Jaber, ranked tenth in the world, won the biggest title in her professional career by winning on Saturday the Madrid Thousand Tournament on clay by defeating Jessica Pegula, the 14th American 7-5, 0-6, 6-2 in the final.

This is Jaber’s second title in her career after the Birmingham English tournament last year on grass, when she became the first Arab player to win a title in the WTA tournaments.
Jaber, 27, had never before Madrid reached the final of one of the 1000 tournaments and succeeded in her first attempt to win the title.

This was Jaber’s sixth final in her professional career, as she lost the American Charleston tournament earlier this year and the same last year, in addition to Chicago, 2021, and Moscow 2018.

“We lost a lot of finals, so I’m so happy we were able to win today,” she said after winning. “It was tough especially the last time in Charleston. Thank you to everyone who supported me today.”
“I promise to learn more Spanish words and come back next year,” she told fans.

The Tunisian, the first Arab to enter the list of the top ten in the world, eliminated in the quarter-finals Romanian Simona Halep, the former world number one and the two-time title holder in Madrid in 2016 and 2017, before beating Russia’s Ekaterina Alexandorva in the semi-finals.

This is the third time in a row that Jaber has overtaken Pegula in the fifth confrontation between them, and the second this year after the 16th round in Dubai, compared to two wins for the American in the first two confrontations between the two players.

Jaber, the American, was denied her second title in her career after the Washington Games in 2019, noting that Pegula reached the final of one of the tournaments for the first time since Auckland 2020.
After wasting three break opportunities in the opening game of the match, Jaber was delayed 3-1 after her opponent succeeded in breaking her serve in the fourth game, before the Tunisian responded in the seventh.

Jaber saved two chances to lose the group in the tenth game on her serve, before she settled it and tied the numbers 5-5.

The Tunisian managed to break her opponent’s serve in the eleventh game, before the group was decided in her favour, 7-5 on her serve.

Jaber collapsed in the second set and did not perform at her usual level, committing 13 direct errors, compared to only four for her opponent, and she seemed exhausted.

Although she started the deciding set in a perfect way as the American breaker in the first half, she did not maintain this advantage with her next loss, before regaining this advantage again in the third and subsequently leading 3-1 on her serve. Jaber repeated the break in the seventh game, before winning the title on her serve.