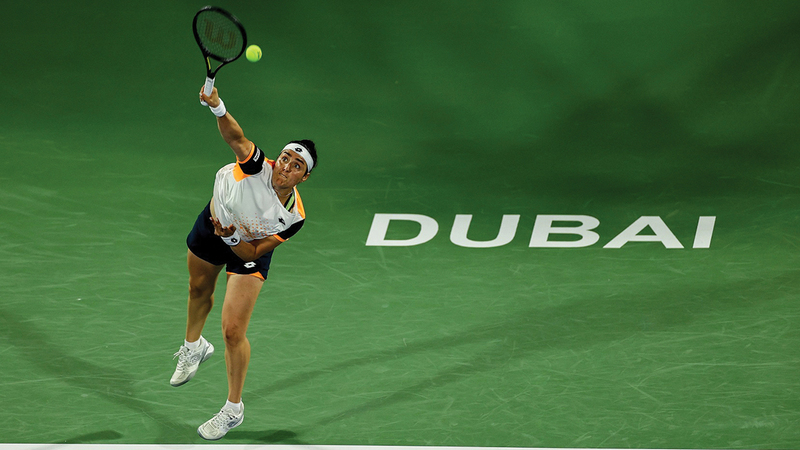 The Dubai Duty Free Tennis Championships revealed the participation of Anas Jaber, ranked second in the world, and Novak Djokovic, winner of 21 major tournament titles, in the 31st session of the leading tournament in the region.

And the brilliant Tunisian player succeeded in becoming the first Arab player to reach the final of one of the four major tournaments last year, when she qualified for the final match of Wimbledon, to reach, after two months, the final of the US Open Championship held at Flushing Meadows.

Jaber returns to the Dubai Duty Free Tennis Stadium for the eighth year in a row, after performing well in the quarter-finals of last year’s tournament before being knocked out by Simona Halep, who won the title twice. Anas Jaber said: “I am looking forward to participating in the Dubai Duty Free Tennis Championships again, as playing in Dubai is a special experience for me, as an Arab player who enjoys great public support. I spent great times in the emirate during the previous years, despite not winning the title, which I hope to achieve this year.

The tournament will take place between February 19 and March 4 at the Dubai Duty Free Tennis Stadium, and tickets are available for sale from January 17, at prices starting at 55 dirhams.