Anas Jaber crushes Björklund to reach the second round at Wimbledon 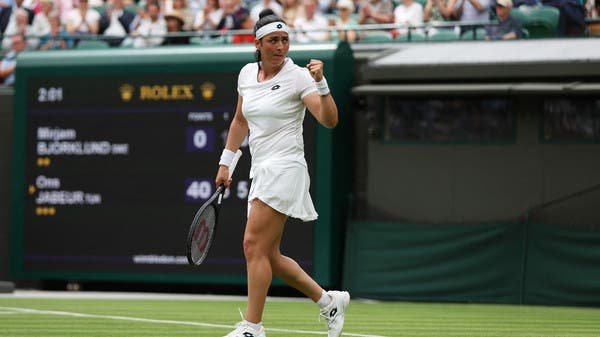 Tunisian Anas Jabeur crushed Swedish qualifier Myriam Björklund 6-1 6-3 on Monday to book her place in the second round of Wimbledon.

After finishing second in the world rankings, the highest of her career, Anas, who reached the quarter-finals at Wimbledon in 2021, served up superbly to dominate the match from the baseline against world number 125 Bjorklund, who was participating in the grasscourt tournament. For the first time this year.

Anas arrived in London after winning the Berlin Championship on grass two weeks ago and played offensively in the first match of her career against the 23-year-old Swede on Court 1.

The Tunisian broke Bjorklund three times to win the first set, while she broke her opponent once in the second to seal the victory in 53 minutes.

Anas won the match from the first point to decide the match after Björklund sent a backhand away, and the Tunisian player will meet in the next match with Canadian Rebecca Marino or Polish qualifier Katarzyna Kawa for a place in the third round.