Anas Jaber, Person of the Year in the Fatima Bint Mubarak Award for Women’s Sports 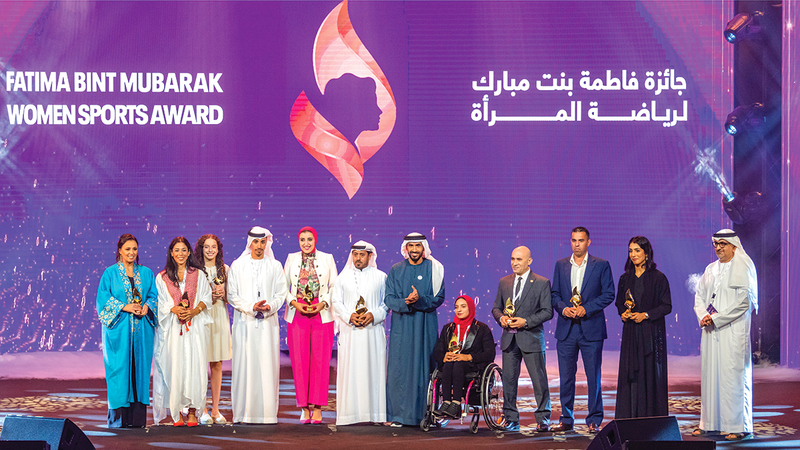 Under the patronage and support of Her Highness Sheikha Fatima bint Mubarak, Chairwoman of the General Women’s Union, President of the Supreme Council for Motherhood and Childhood, Supreme Chairwoman of the Family Development Foundation “Mother of the Nation”, His Highness Sheikh Nahyan bin Zayed Al Nahyan, Chairman of the Board of Trustees of the Zayed bin Sultan Al Nahyan Foundation for Charitable and Humanitarian Works, was crowned Abu Dhabi Sports Council, winners of the sixth edition of the Fatima Bint Mubarak Award for Women’s Sports, at a ceremony held at the Emirates Palace in Abu Dhabi yesterday morning.

Since its inception, the award embodies the vision of Her Highness Sheikha Fatima bint Mubarak, “Mother of the Nation”, in enhancing the status of Arab sportswomen at the local and international levels.

Tunisian athlete Anas Jaber won the Sports Personality of the Year award in the Arab world.

It is noteworthy that the award categories included competitions at the individual and group levels in various sections such as sports management, training, research, sports sponsorship and people of determination. The total value of the award is 1,700,000 dirhams.