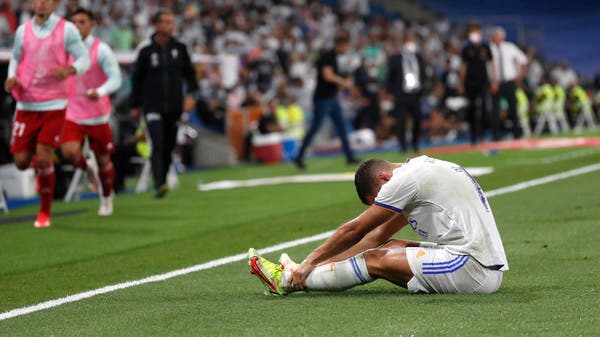 Belgian international Hazard stumbled for a long time after joining Real Madrid from Chelsea in June 2019 in a deal that was reported to be worth 100 million euros (104 million dollars), as he suffered injuries and fitness problems.

Hazard participated in the starting lineup seven times in 17 matches he played in the league this season, and he played a total of 688 minutes this season with Real Madrid, who won the title for the 35th time in its history.

Speaking to reporters before the scheduled match against Cadiz on Sunday, Ancelotti said he intends to keep Hazard in the squad.

Ancelotti said: “He will continue with a lot of enthusiasm because he did not have a good period with the team. He wants to show his abilities. Hazard’s plan is clear: he will stay with the team.

When Ancelotti was asked whether Hazard was a candidate to participate in Cadiz, as the coach follows a policy of rotation between players before the upcoming Champions League final against Liverpool on May 28, the Italian coach answered: I think so. A team like Real Madrid has many matches ahead.

Ancelotti added: There will be a rotation. With an integrated team, you can rotate more and everyone has the opportunity. Participation in the starting line-up of a giant team, it seems complicated. It looks the same for everyone, not just the less involved players.

Ancelotti also revealed that he intends to rest Karim Benzema again, and it is possible that Vinicius Junior and Thibaut Courtois will get a rest.

“I gave him a rest because he deserved it,” Ancelotti said. I gave him two days off. Tomorrow I will rest Vinicius and Courtois too. To be back from Tuesday.

He added: (Dani) Carvajal, (Dani) Ceballos and Hazard are coming back, we are implementing the plan well and in the coming days everyone will be back.