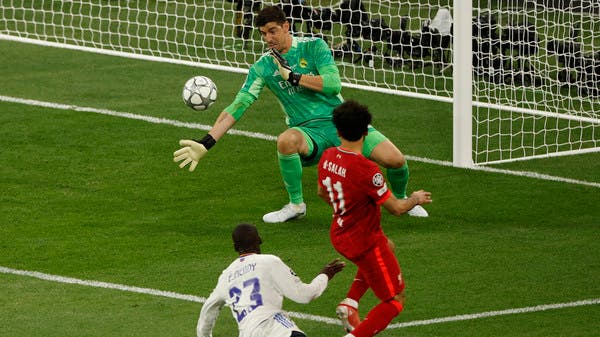 Real Madrid coach Carlo Ancelotti, who won the Champions League for the 14th time in his history, expressed his happiness with the big victory and crowned it for the fifth time as the first coach in the history of the tournament, while Belgian goalkeeper Thibaut Courtois said that the final was a personal revenge for him.

Real Madrid coach Carlo Ancelotti revealed, “I can’t believe it. We had a great season. We played well. It was a difficult match and we suffered a lot, especially in the first half. In the end, I think we deserved to win this competition.”

On winning the title for the fourth time, he continued, “I am a record man. I was lucky to come back here last year and have a great season. I think we have overcome difficult matches. The fans helped us a lot in the last match. They helped us a lot tonight…. I will sing today.”

On the admiration of his Belgian goalkeeper, Thibaut Courtois, he said, “Wow. Unbelievable. I can’t believe it.”

“Yesterday at the press conference, I said that when Real Madrid plays finals, they win. I said so because of the good history,” said Real Madrid goalkeeper Thibaut Courtois, who was named the best player in the final.

“I needed to win a final for my career, for the effort I put in, to get my name respected because I think I wasn’t respected as it should have been, especially in England. I read a lot of criticism even after a great season.”

He continued, “I am very happy and proud of the team’s performance. We held on and when I was needed, I was here for the team. We beat the best teams in the world. Manchester City and Liverpool were amazing this season. They competed to the last minute in the English Premier League, Liverpool won two trophies and is A really strong team. Liverpool played a great game but we had one chance and scored from it.”

French left-back Ferland Mendy said, “This is a victory for Paris, I am from a Parisian suburb. I am happy for my team and myself. In the first half, Liverpool gained more, but we improved in the second and held together, then we played football and things went well on the way to victory.” (Real this season) It looked like it was written, it’s true, we managed very complicated things. Even me, I can’t explain it, we are very proud of what we achieved this season and winning the final title. This is a childhood dream.”