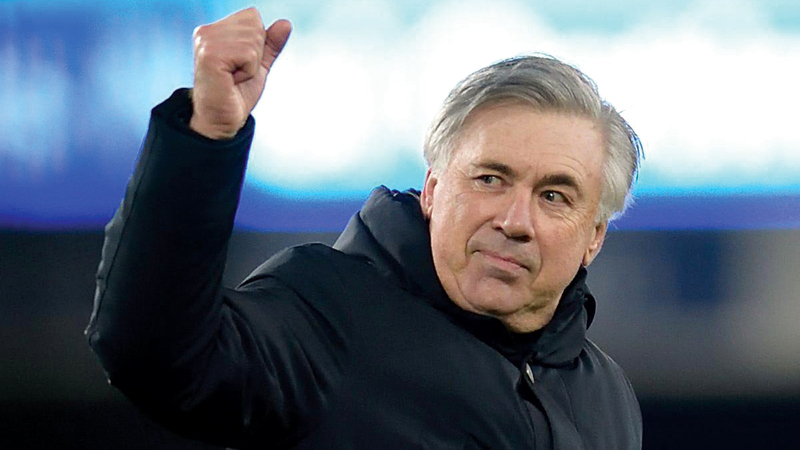 Real Madrid coach Carlo Ancelotti confirmed yesterday that he “respects” Kylian Mbappe’s decision to stay with Paris Saint-Germain, stressing that his players are fully focused on the Champions League final.

Real Madrid had strived to sign Mbappe at the end of his contract this summer, but the French international refused to move to Spain and chose to extend his contract for three years with the Parisian club.

Ancelotti was asked if the hype about Mbappe might affect his players, as Real Madrid is looking to beat Liverpool next Saturday, and win the 14th title of the prestigious continental competition.

“It is quite clear to us what we have to think about,” the Italian told a news conference. We never talked about players from other clubs. We respect everyone, we respect the decisions they make and we respect other clubs.”

“We have to do our homework, and it’s quite clear what we have to think about, which is the final,” he added.

Ancelotti was reluctant to discuss the Mbappe issue. When asked if he was personally disappointed with the French player’s decision, he said: “I understand that you have to do your homework, but I never talk about players who do not belong to Madrid, and I will not.”

Real Madrid won the Spanish League title last month, four stages before the end, while Liverpool lost the struggle for the English Premier League title in favor of Manchester City.