Ancelotti is awaiting the decisive point to complete a historic five 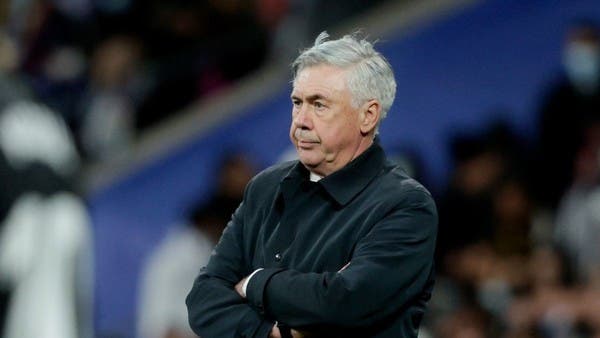 Real Madrid coach Carlo Ancelotti will achieve the rare feat of winning all five of Europe’s major leagues if he collects at least a point from a home game against Espanyol on Saturday in the Spanish Primera Division.

Ancelotti won the Italian, English, German and French league titles with Milan, Chelsea, Bayern Munich and Paris Saint-Germain, and he was not successful in winning the Spanish League title in his first period with Real.

But the veteran Italian coach is one point away from winning the Spanish League title with four rounds remaining.

He told a news conference on Friday: We did not think about the celebrations and did not organize any ceremonies. We just planned the match.

“But when the top tennis players get a decisive point, they take advantage of it. I hope we can win the title on Saturday.”

He added, “No one imagined that we would lead by 15 points at this stage.” The team did a good job and won in all the difficult stadiums, in Seville, San Sebastian, the stronghold of Real Sociedad, Bilbao and Barcelona, ​​and this made the difference.

He continued, “It was a simple task because I had the support of the club and the players.

He indicated that the attacking duo Karim Benzema and Vinicius Junior could get a rest to prepare for the second leg of the Champions League match against Manchester City next Wednesday. Real lost 4-3 back in Manchester.

Ancelotti also confirmed the absence of defender David Alaba from tomorrow’s match after suffering an injury against City.