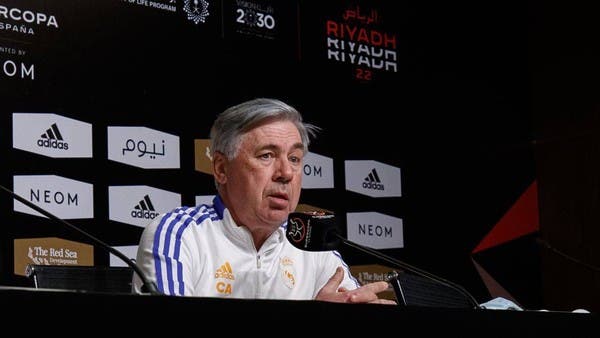 Former Barcelona midfielder Xavi took over at the Nou Camp in November after the sacking of Ronald Koeman, but has struggled to revive the fortunes of the club, which is ranked sixth in the Spanish League, 17 points behind leaders Real.

But Ancelotti expressed his admiration for Xavi’s performance so far and expected Barcelona to present strong performances in the second half of the season.

Ancelotti said at a press conference in Riyadh: What I like most about Xavi and his team’s performance is that he knows very well what he wants and the way he wants to play. It fits perfectly with Barcelona’s personality. The team is in good shape and Barcelona will improve thanks to Xavi’s ideas.

For his part, midfielder Toni Kroos said that the derby against Barcelona on Wednesday does not recognize the differences in level, adding that
Barcelona will seek to avenge the 2-1 defeat against Real in the league last October, which was Koeman’s penultimate match with Barcelona.

“I haven’t watched a lot of games for Barcelona lately and I have other things to do besides football every day,” Kroos said. All I know is that there is no candidate to win the top matches. We all consider it a final.

Defending champion Athletic Bilbao will meet Atletico Madrid on Thursday in a place in the final on Sunday.