Ancelotti’s dressing-room trick that turned the tables on City 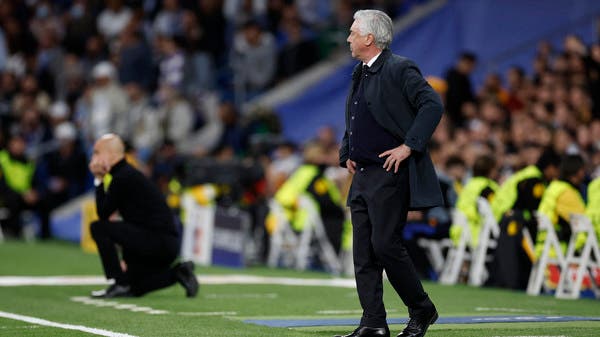 Press reports confirmed that Italian coach Carlo Ancelotti showed his players in the dressing room a video containing clips from matches during which Real Madrid returned in the result to motivate them against Manchester City on Wednesday in the Champions League semi-final.

The crazy (Remontada) led Real Madrid to qualify for the final of the continental championship for the seventeenth time in its history, after turning its 0-1 delay in front of its guest to an exciting 3-1 victory.

And the British newspaper, “Daily Mail”, quoted Ancelotti’s statements, in which he said: We have collected the matches in which we returned with the result this season, and the number was 8 matches, with a message at the end of the video that “we need to come back again.”

Carlo responded, laughing, to a question about the possibility of adding the “Remontada” against Manchester City to the video to be shown to the players before the final match, and said: At least the final will start and the result indicates a negative tie.

The Italian commented on whether he would smoke another cigar after beating Manchester City, as he did in the league celebrations, saying: I do not smoke cigars, this was just a picture with my friends, the players are my friends.