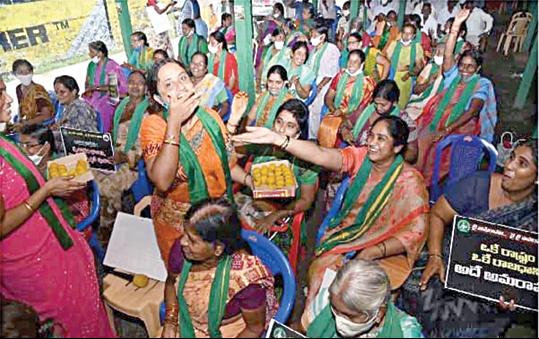 The law setting up 3 capitals for Andhra Pradesh was passed in the Amravati Assembly yesterday Chief Jagan announced the government would withdraw.

Former Chief Minister Chandrababu Naidu’s dream was to build the capital of Amravati on 33,000 acres between Vijayawada and Guntur. The people of Amravati agreed and donated the farmland for the capital. Then in the last 2019 elections, the YSR Congress won and Jagan Mohan Reddy became the Chief Minister for the first time. He was the first and Amravati was not the only capital. The High Court in Kurnool, the General Secretariat in Visakhapatnam and the Legislative Assembly in Amravati announced that 3 capitals would be set up for Andhra Pradesh.

But the Amravati farmers who gave the land have been protesting for more than 700 days. In this context, Andhra Pradesh Finance Minister Rajendra Nath yesterday afternoon announced that the government is withdrawing the 3 Capital Acts as the Assembly is currently in session.

Chief Minister Jagan Mohan said, “The Telugu Desam government decided to build the capital on 50,000 acres unnecessarily. Thus the cost is just too high. So, we decided to set up 3 capitals. Thus some sought courts. Let them understand the law. Because of this we 3 Capital We are withdrawing the law. We will come back to you with the new bill. ” Meanwhile, the farmers who had given land to Amravati, who were on a pilgrimage, were informed and offered sweets.