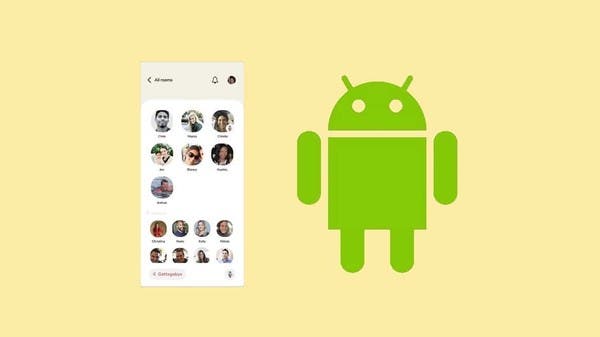 The Clubhouse application for voice chat has gained great popularity during the last period, although it is still in beta and has not been officially launched yet, in addition to that it is available for iOS users only.

If you have not heard about the (Clubhouse) application yet, it is a voice-based social networking application only, as it is unlike social media applications that does not depend on writing texts or sharing pictures and videos, rather it is a voice chat application only, that allows you to join rooms To listen to live audio chats and have your say as well if you like. Which makes it sound like an interactive podcast or group audio call.

But the Clubhouse application is one of the most difficult social media applications that you can join now, as subscribing to it requires a special invitation from those who have already subscribed, because the application is still in an experimental stage, which means that it is not completely ready.

When will the Clubhouse app be launched for Android users?

The app’s founders announced last January that the Clubhouse app for Android users is underway and will be launched soon, without indicating a specific date.

But Android users are much more than iOS users, and this means overloading the application servers, so the infrastructure must be developed to keep pace with the demand, which takes time.

If the Clubhouse app were open to everyone, the increase in users that would appear when a celebrity announces that it is hosting a voice chat – as Elon Musk, Oprah Winfrey and Chris Rock have done – could cause the app’s servers to crash.

The Clubhouse application has introduced a new dimension of social media where you can interact with users through your voice only, as all voice conversations are public and anyone can enter and listen to the conversation, and given that this approach is new and unique, users moved to the Clubhouse, and competition increased.

Because of the great popularity achieved by the (Clubhouse) application, some social media applications began to provide new features or services to their users that are similar in functionality to the new application, such as: Twitter, which provided the service (spaces) Twitter Spaces, and the application (Discord), which now includes new features for communicating via Audio, and new apps like Wavve and Riffr have also appeared.
Today, we will review 5 alternative applications for the Clubhouse application for Android users, and iOS users who are still waiting for an invitation can also use them:

Twitter is no longer intended for tweets only, as the microblogging site is testing a new service called (Twitter Spaces) that is a direct competitor to the (Clubhouse) application, as it works in the same way that allows users to create voice chat rooms, allowing them to invite others and talk about A subject.

As expected; Not all jobs are available in the service yet, while anyone can join any conversation and listen to what is being said, when he sees a purple icon appear in the (Twitter stories) Fleets bar at the top of his Twitter home page, but he can only create the space for a small group Of people who use the iOS system, and even writing this topic, Android users cannot create their own spaces, but they can join any space and listen, and they can also speak in it if the host agrees to speak. To know everything about serving new Twitter spaces; You can see an article: “What is Twitter Spaces and How does it compete with Clubhouse?”

If you are using the Telegram application for instant messaging on your phone; You can get an experience similar to that provided by the Clubhouse app, through the voice chat feature in groups and Telegram channels.

Voice chats appeared in Telegram groups for the first time last December, adding a new dimension to live voice chat in groups, but Telegram launched it last Friday in the channels as well, with no limit on the number of participants.

In addition, this update adds the ability to record voice conversations, the improved participant lists feature, the hand raise to speak feature, invite links to listeners and speakers, addresses for voice chats, and the ability of famous people to join voice chats on their channels. The Telegram app is available for free for Android users in Google Play, and for iPhone and iPad users in the App Store.

The Discord application – which appeared in 2015 with the aim of facilitating text and voice conversations between players while playing – is no longer limited to players only, but has become one of the most important chat applications in the world due to its powerful and different features.

It also achieved widespread fame after the spread of the Korna virus, due to the live broadcast feature called (Go Live), which allows people to share games with their friends who use the application, and it is also easy to use and completely useful for sharing things other than games, such as: watching movies or shows.

The Discord app also allows you to create voice channels similar to rooms to discuss any topic you want, and you can create a public or private audio channel, but keep in mind that public audio channels will be searchable and users can find them if the Discord server is tagged with voice chat.
The Discord app is available for free to Android users in Google Play, and iPhone and iPad users on the App Store.

The (Riffr) app carries a (social network for micro-podcast) logo, although it is not intended to create an actual long podcast, it does allow users to create short audio clips called riffs ranging from five seconds to 3 minutes.

The application is easy to use, you just have to open the application and browse your home page to find the topic you like, and start listening to the microblogging. You can also create a network by following the people you love. And when you have a story to tell or information that you want to share, just click (Register) and simply post it to your followers.

In addition to all of the above; The app’s new sharing feature allows you to re-post microblogs to other communication apps with just one click, and convert them into videos that you can share anywhere. The Riffr app is freely available for Android users in Google Play, and for iPhone and iPad users in the App Store.

The (Spoon) app is the closest alternative to the Clubhouse app because it provides a public, searchable platform that anyone can access and listen to live voice chats. You can start your own live podcast, start the music room, or start a traditional podcast session with your friends.

The number of (Spoon) users reaches more than 30 million users according to the company developing the application, which is a great achievement in the midst of new audio applications.

You can browse popular conversations about music, daily life, games, comedy, and more, but unlike the Clubhouse app, the creators of the Spoon app can make money through donations from other Spoon users.
The Spoon app is freely available for Android users in Google Play, and for iPhone and iPad users in the App Store.