Angèle (89) testifies black and blue about shocking robbery in Cannes: ‘I am not too angry’ 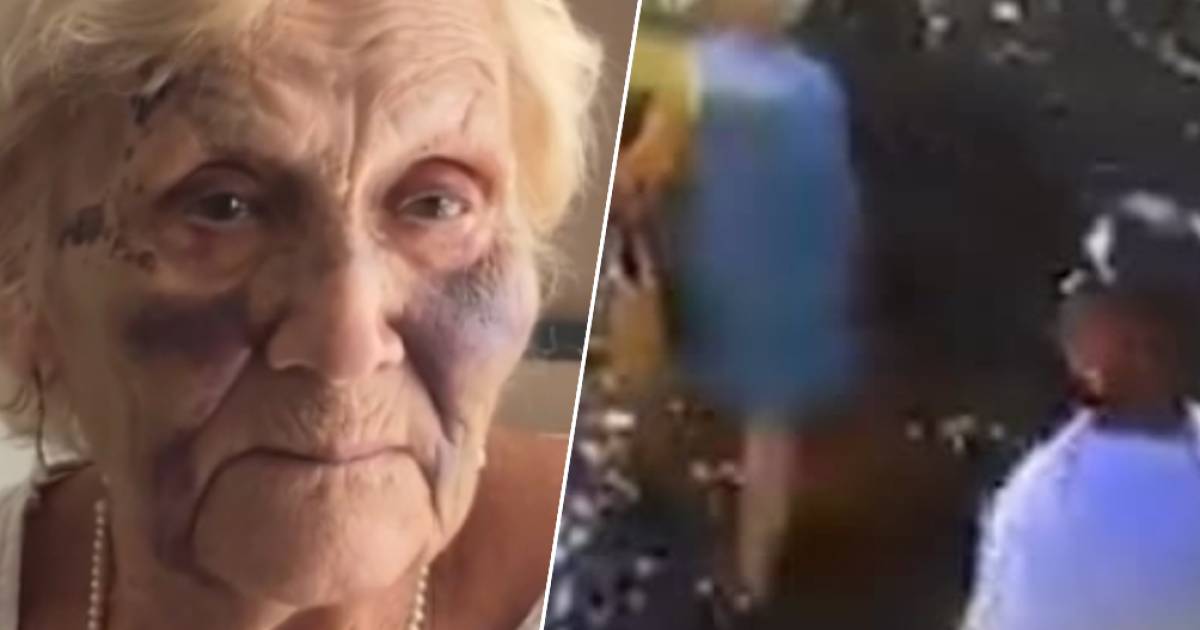 The 89-year-old woman who was knocked unconscious and mugged by three minors in Cannes last week has testified on French-language television for the first time. “I’m not too angry,” Angèle says about the perpetrators. They are young, 15 years old. I have grandchildren that age.”

Footage of the robbery went viral on social media last week. They were captured by a security camera in the La Bocca neighborhood of the fashionable seaside resort. The video shows the elderly Angèle with a bag in her hand, while she is followed by a boy. Suddenly he lashes out hard with his right hand and hits the old woman hard on the back of the head before running away.

The Frenchwoman falls forward to the floor, visibly unconscious. Immediately afterwards, two other boys appear on screen: one of them steals the victim’s belongings, while the other seems to be filming everything.

Watch below the brutal robbery that Angèle (89) was the victim of last week:

Angèle suffered numerous fractures and a brain haemorrhage. She herself (fortunately) no longer remembers the brutal violence. “I haven’t seen or felt anything,” she told the French-language channel ‘BFM-TV’. She told emergency services that she had fallen, but they knew better, thanks to the surveillance footage.

The Frenchwoman suffered several fractures and a brain haemorrhage during the robbery. She is still in the hospital. Her face is covered in bruises. The family of the injured lady is furious with the young perpetrators, while Angèle herself is much more lenient. “I’m not too mad,” she says. ,,Is it their fault or the fault of the parents, they don’t know. They are young, 15 years old. I have grandchildren that age.”


They called my daughter to ask to drop the complaint. They would give money in return

The perpetrators, aged 14 and 15, were identified and arrested. Angèle has filed a complaint against the trio. At the end of November, the teenagers must appear before the juvenile court. In the meantime, they were placed in various closed educational centers.

Striking: according to Angèle, the parents of one of the suspects contacted her daughter after the robbery. “They telephoned her to request that the complaint be dropped. In return they would give money.” A proposal the daughter refused to accept. “We don’t want anything, get out of here,” she told those parents,” Angèle concludes. It is unclear when she will be allowed to leave the hospital.

According to Nice Matin the three youths showed no ‘regret, nor any awareness of the seriousness of the facts’. The boys, ages 14 and 15, all live in the La Bocca neighborhood where the incident took place.