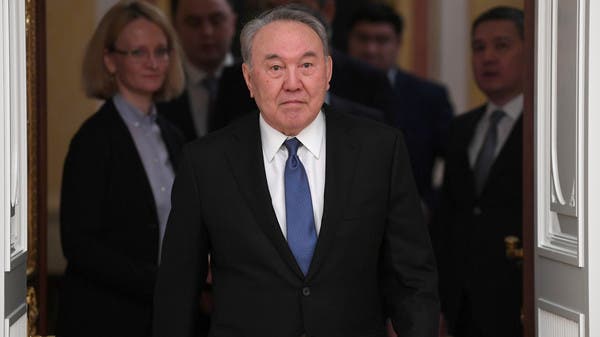 When hundreds of angry, stick-armed protesters this week stormed the city hall of Almaty, Kazakhstan’s economic capital, other chants were overshadowed by the slogan “Old man!”

The protesters did not mean the current president of the country, Kassym-Jomart Tokayev (68 years), but his predecessor Nursultan Nazarbayev (81 years), who ruled Kazakhstan with an iron fist, from independence in 1989 until 2019.

And the former president maintained his influence to this day even after he stepped down from power in the largest country in Central Asia, with a population of about 19 million people.

While trying to reflect the image of a wise and moderate man, demonstrators accuse him of increasing his wealth and the wealth of his surroundings at the expense of the people who are facing increasing economic difficulties.

“Our Kazakhstan has turned into a private company of the Nazarbayev family,” Soul, 58, a protester, told AFP in Almaty, near the presidential residence where protesters set fire to.

As for Ali Mbayev, a sixty-year-old who lives in Almaty, he considers that “Nazarbayev should have left politics 15 years ago.”

Destruction of the statue of the “Leader of the Nation”

He gave himself the title of “Al-Bassi”, meaning “the leader of the nation.” The name of the capital, formerly known as “Astana”, was also changed to “Nur-Sultan” after him, in 2019.

Abroad, a group of well-paid advisers, such as former British Prime Minister Tony Blair, sought to portray him as a balanced statesman committed to diplomacy and world peace.

However, this image of him faded this week when Kazakhstan was rocked by the largest demonstrations since the country’s independence, which began first as a protest against high gas prices, before it was interspersed with riots that left 164 people dead, according to the media.

Demonstrators destroyed a statue of Nazarbayev in Taldykorgan in the southeast of the country in a scene that would not have been expected in the past.

The riot was accompanied by rumors that spread widely on social media about presidential struggles between supporters of Nazarbayev and his successor, Tokayev.

On Saturday, Nazarbayev, who has not appeared in public since the beginning of the demonstrations, called for Tokayev’s support and denied that he had fled abroad with his family, according to his spokesman.

On Saturday, the authorities announced the arrest of the former head of Kazakhstan’s security service, Karim Masimov, on charges of treason, after he was dismissed in the wake of the riots in the country.

A statement on the presidency website also indicated that Nazarbayev’s nephew Samat Abish had been replaced as deputy head of the National Security Committee.

Tokayev, who took over the presidency of the “National Security Committee” this week, did not mention Nazarbayev’s name in any of his speeches in recent days.

The public outcry against Nazarbayev is explained by the scandals that implicated his surroundings.

Leaks of documents as well as a court trail in London have revealed the wealth of the eldest daughter of former president, Dariga Nazarbayeva, including luxury properties abroad.

Rustam Nugmanov, 48, who arrived in Almaty on Saturday when the situation was calm, considers that the Kazakhs “wake up” and decided to turn the page on the Nazabayev era.

He says, “He did a lot for the country, but he could do a lot more,” adding, “Maybe he was simply helpless, or maybe it was greed…”.