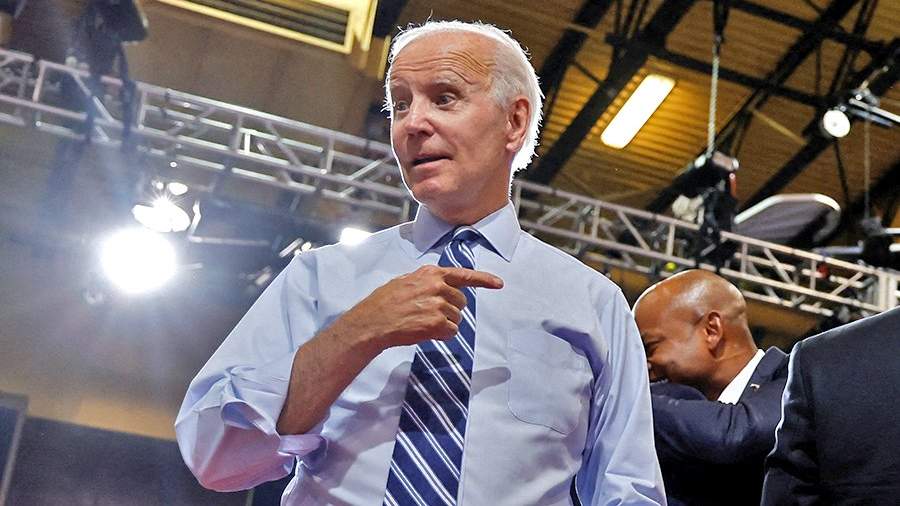 US President Joe Biden interrupted his vacation to address voters and talk about the many achievements of his party, as well as criticize opponents from the Republican Party ahead of the upcoming congressional elections. Biden delivered his speech on August 25 in Maryland at a rally organized by the National Committee of the US Democratic Party.

When the American leader spoke about fighting inflation and tightening firearms rights, as well as Republican attempts to do everything possible to prevent the incumbent US president from a second term, he was interrupted by one of the voters present at the rally.

“You stole the election!” – the man shouted loudly, filming what was happening on the phone.

When the guards tried to take the shouting out, the US President asked not to interrupt him and let him finish, noting that “ignorance knows no bounds.”

As the American media suggested, it was about the election for the presidency, which Biden managed to win by voting by mail. At that time, many residents of the country doubted his objectivity, since the majority in the votes with the opponent from the Democrats, former US leader Donald Trump, was very insignificant.

Earlier Friday, it was reported that Biden accused the Republican Party of containing “semi-fascism” ideology in order to discredit it and put pressure on voters before the congressional elections. As noted by The Washington Post, Biden’s rhetoric against his political opponents has become sharper. With its help, he hopes to give his party an advantage in the upcoming parliamentary elections after the fall of his administration’s popularity.

On the eve of the professor at the Faculty of Law at the Higher School of Economics, Americanist Alexander Domrin told Izvestia that the Democratic Party and the US President personally are behind an attempt to discredit the former head of the Trump White House. Domrin pointed out that the Democrats are beginning to think about how they can not lose the presidential election in 2024, and “here the nightmare for the Democrats is Comrade Trump.”

On August 22, it was reported that the current US president spends more time on vacation than in his office. Biden has spent 228 days on vacation since taking office, the Republican National Committee has calculated. According to CBS correspondent Mark Nollera, during his presidency, Biden was on vacation in Delaware more than all his other predecessors – 150 days, while Trump spent 132 days there, George W. Bush – 100 days, and Barack Obama – 38 days.