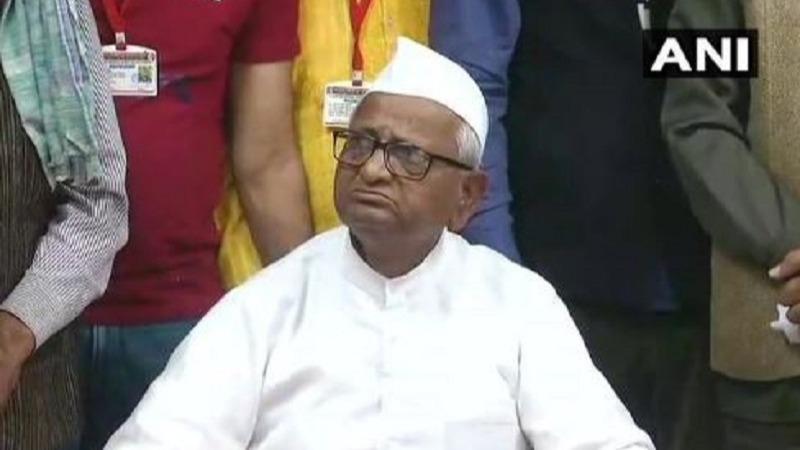 Social activist Anna Hazare In one of the hospitals in Pune chest pain Has been allowed due. Currently chest pain Doctors said the decrease was consistent.

Anna Hazare was the face of the 2011 anti-corruption movement. In 2013 Lokpal Who was instrumental in enacting the Anti-Corruption Act. 87 km from Pune Maharashtra He is currently residing in Ralegan Siddhi village in Ahmednagar district of the state.

Hazare, who has been on occasional hunger strikes for social issues, was admitted to hospital in 2019 after a seven-day fast demanding the appointment of anti-corruption watchdogs. At the time, doctors said he was weak because he had no blood supply to his brain.

Hazare also announced his fast earlier this year. He wrote a letter to Prime Minister Narendra Modi urging him to start a hunger strike against the three controversial agricultural laws, in which he said, “I will start the last hunger strike of my life by the end of January.” However, he later withdrew and called off the strike in the presence of BJP senior leader Fatnavis.

He said that the federal government had decided to take action on the 15 demands raised by him and that was the reason for his decision to withdraw. “I have been raising the issue of farmers for three years. I have received a letter that the government has decided to raise the minimum support price for fruit products by 50 per cent, ”he said.

It is noteworthy that now, after a fierce year of struggle by farmers, the Central Government has approved the repeal of agricultural laws.

Regarding Hazare being admitted to hospital, social activist Anna Hazare At Ruby Hall Clinic Hospital in Pune chest pain Has been allowed due. Hazare’s health is said to be stable, according to medical superintendent Dr Abdul Bodhamwad.