Announcement of the Pulitzer Prizes for 2022: Award for 4 Indians including Danish Siddiqui 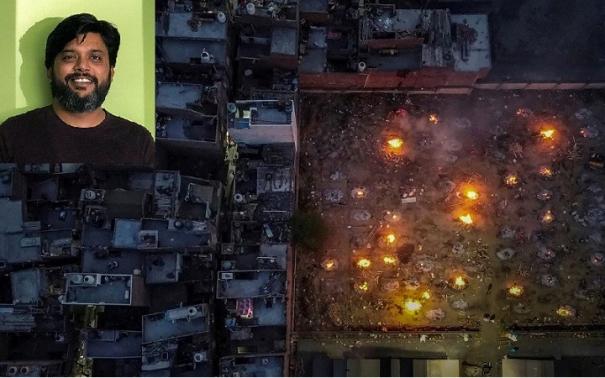 The list includes Reuters Indian photographers Adnan Abidi, Kashmiri female photographers Sanna Irshad Matu, Amit Dev and Danish Siddiqui, who was killed in Afghanistan. It is noteworthy that the late Danish Siddiqui won the prize for the second time. Awards have also been presented for photographing the demanding faces of the Corona period. The award was announced in the Featured Photography category.

The Breaking News Photography section is presented to Marcus Yam of the Los Angeles Times, who photographed the withdrawal of US troops from Afghanistan. Similarly, the 2022 Pulitzer Prize for Ukrainian Journalism has been announced.

Who is this Danish Siddiqui .. Born in New Delhi in 1983, Danish died at the height of his youth and energy at the age of 38. He is the representative of a generation of young people who have entered a totally changed world after the September 11 twin tower attacks in the United States. His photographs testify to significant events in which religious exchanges and struggles began to be severely suppressed, while religious and ethnic identities sharpened and clashed with each other.

Danish Siddiqui also focused on the human aspect behind the news in the excitement of having to take news photos based on Reuters. Films reminiscent of the atrocities suffered by Rohingya refugees, the riots in the capital Delhi last year, the dangers of migrant workers declaring a curfew, and the second wave of corona. His photographs of Rohingya refugees won him a Pulitzer Prize.

As proof that the artist has not disappeared, he has received the Pulitzer Prize even after the death of Danish Siddiqui.