SportsAnnouncing the details of the Meydan racing season, with a total prize...
Sports

Announcing the details of the Meydan racing season, with a total prize money of more than $40 million 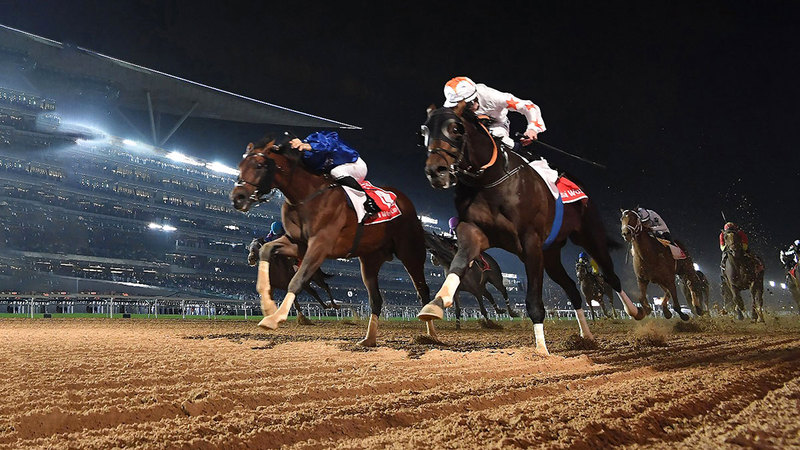 Dubai Racing Club revealed the details of the Meydan race season, which will start on November 4, 2021, under the directives of His Highness Sheikh Mohammed bin Rashid Al Maktoum, Vice President and Prime Minister of the UAE and Ruler of Dubai. The total prize money for all races that will be held on the global track will exceed $40 million, with an increase in the value of the prize money, in addition to the creation of a number of new races. Sheikh Rashid bin Dalmouk Al Maktoum, Chairman of the Dubai Racing Club, expressed his sincere thanks and appreciation to His Highness Sheikh Mohammed bin Rashid Al Maktoum, for His Highness’s continuous support for horse racing, and for His Highness’s constant follow-up and guidance, which has always been credited with consolidating the position of Dubai and the UAE. The United Arab Emirates ranks among the countries with a large balance of achievements, successes and a clear positive impact in the world of horse sports.

Sheikh Rashid added: “The Arabian Knight’s insightful vision and His Highness’s passion for equestrian and horse racing have brought us to the world, as all owners, trainers and jockeys from all countries of the world are keen to participate in our races on a regular basis.” The Chairman of the Board of Directors of the Dubai Racing Club indicated that the introduction of new races came to give a stronger impetus to our local and international races, while these important additions come as a new source of support for the club’s continuous endeavors to maintain the high position of Dubai and the UAE in the world of horse racing.

Sheikh Rashid bin Dalmouk explained that the new races will be world-class and meet the requirements of all owners, coaches and jockeys, who we consider our partners in the success of the season that everyone is waiting for, as all the necessary data have been mobilized to ensure a safe and easy participation for all, expressing his aspirations for a new season full of strength and excitement. He wished success to the team and to all those participating in the races in the new season.

The Dubai World Cup race, sponsored by Emirates Airlines, will maintain its $12 million prize money, in addition to increasing the prize money for the Longines Dubai Chema Classic race sponsored by Longines, bringing its value to $6 million, while the total prize money for the “Longines Dubai Shema Classic” race will reach $6 million. Dubai Turf, sponsored by Dubai Ports World, is worth five million dollars. And it was revealed last week that the prizes for the evening of the 26th edition of the Dubai World Cup, which will be held on March 26, 2022, have increased, bringing the total to $30.5 million.

The local racing calendar for Meydan also includes 13 races, while the Dubai World Cup Carnival will start on January 13, which includes eight powerful and exciting races, and will conclude with the “Super Saturday” evening, which will be held on March 5, 2022, while the financial value is The total carnival races are seven million and 490 thousand dollars. Among the new races for next season is the 1,400-meter Ras Al Khor race on the grass track (with a prize of $300,000), and it will join the Super Saturday night.

• “The vision of the Arab Knight brought us to the world, and consolidated the position of the UAE among the countries that have the greatest positive impact in the world of horse sports.”