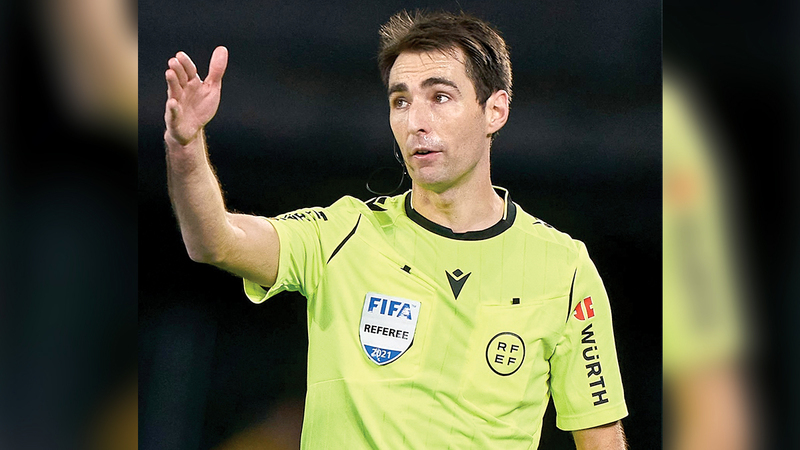 Yesterday, the Spanish Football Federation announced the identity of the referee who will manage the Spanish Super Cup final match between Real Madrid and Barcelona, ​​​​tomorrow, at King Fahd Stadium in Riyadh. The Spanish referee, Ricardo de Burgos Bengocia, will be assisted by Roberto Diaz Perez, John Nunez Fernandez, and the fourth referee, Alejandro Muñiz Ruiz. José Luis Gonzalez will attend the video technology referee room, assisted by Santiago Jaime and Juan Luis Pulido. Barcelona had qualified for the Super Cup final by defeating Real Betis on penalties 4-2 after the end of the original and extra time of the match that brought them together the day before yesterday in Riyadh, with a 2-2 draw, while Real Madrid qualified at the expense of Valencia by defeating it on penalties 4-3. .