Announcing the schedule for the Gulf Clubs Basketball Championship 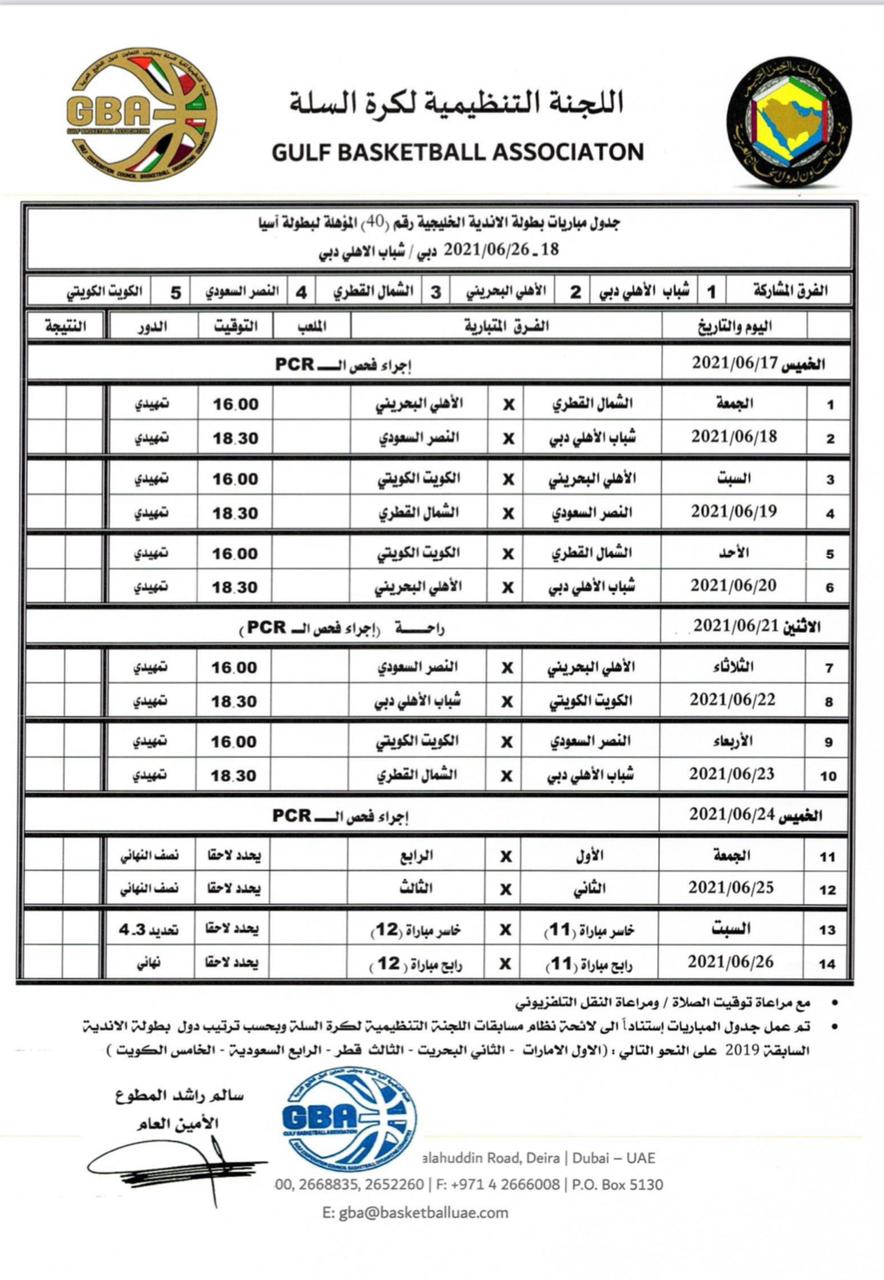 The GCC Basketball Organizing Committee announced the schedule of matches for the 40th edition of the Champions Clubs Championship, hosted by the Shabab Al-Ahly Club in Dubai, from 18 to 26 June, provided that the guest owner, “Dubai Knights”, will start their journey in the tournament by meeting Al-Nasr Saudi.

Participation in the qualifying tournament for the Asian finals is limited to league champions in the Gulf countries, so that Al-Ahly youth carry the banner of defending the Emirati title, which is dominated by Emirati clubs in the past editions, whether Shabab Al-Ahly between 2015 and 2017, then Sharjah in the last two editions 2018 and 2019, especially The tournament did not take place last year.

Youth Al-Ahly, Bahrain’s Al-Ahly, Al-Nasr Saudi Arabia, Kuwait and the North of Qatar will participate in the tournament, provided that the tournament will be held in its preliminary round, in a one-stage league system, the results of which will determine the identity of the four poles of the qualified teams to the golden square that starts on June 25, The knockout system is held, during which the preliminary leader meets the fourth-place holder and the runner-up with the third, in two confrontations in which the identity of the two teams that will qualify for the final will be determined on the 26th of the same month.