Announcing the winner of the Golden Ball in the UAE Grand Prix.. Al-Ain, the groom of the ceremony 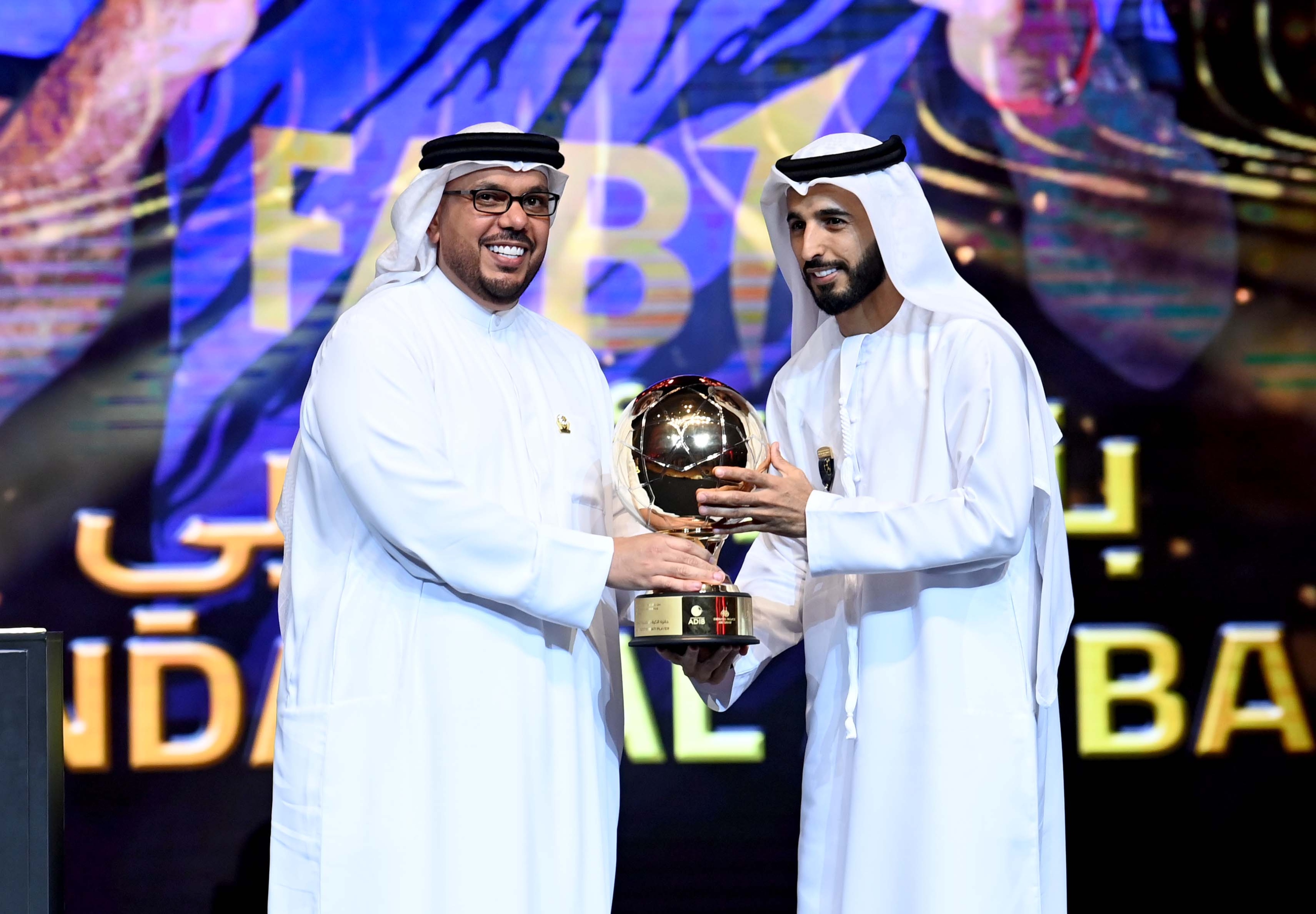