Another day of protest: blockades on highways and at provincial houses 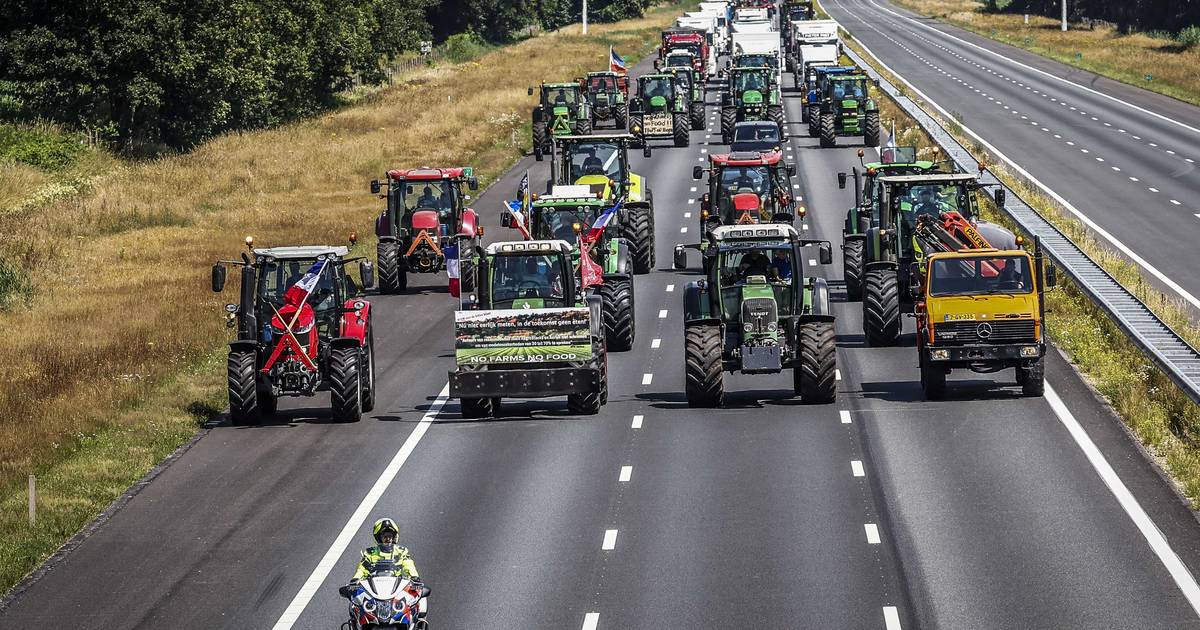 For the third consecutive day, farmers demonstrated in several places. The Holsloot junction on the A37 highway in Drenthe was blocked for more than half an hour. Long traffic jams were also caused by tractors on the A1. Protests also took place at provincial houses.

The A37 highway was completely closed in both directions for some time between the village of Veenoord (municipality of Emmen) and the interchange. Traffic jams arose behind the blockades, but they were not very long, according to the ANWB. Then a column of tractors and passenger cars drove on. The police present did not intervene.

There have also been protests elsewhere, including on the A1 in Twente. The highway was closed from the German border, later there were many agricultural vehicles near Rijssen. There, activists put up land border signs in both directions. They may have been taken from the German-Dutch border during the first action. In doing so, the demonstrators express the wish to fall under German nitrogen policy. It is the third day in a row that action is being taken against the government’s nitrogen plans.

After the vehicles left the road near Rijssen, a load of milk was left behind, according to Rijkswaterstaat. It will be cleaned up. On the A35, south of Hengelo, rubbish has also been left behind on the road. Traffic must therefore also take delays into account after the actions.

Connecting roads of the A1 were also full of traffic due to the delays, including the aforementioned A35. The police said they were present on the A1, but it is unclear whether and how action was taken. Tractors are not allowed to drive on the highway. ,,We maintain where possible, but what that looks like differs per situation, what is feasible and most effective. Safety comes first,” a police spokeswoman said earlier in the afternoon.

Activists protested with trucks and tractors at various provincial houses on Wednesday. In Leeuwarden, about 150 demonstrators stood in the hall of the provincial government, while a delegation of them was talking with a number of States members. In Zwolle, farmers spoke to a deputy and, according to Omroep Flevoland, there were also dozens of activists at the provincial government house in Lelystad.

In Leeuwarden, according to a spokesman for the province, the demonstrators consisted of truckers, people associated with the agricultural sector and young farmers. A delegation of the demonstrators asked members to sign a statement in which they “strongly distance” from government policy. “A majority did not,” said the spokesman. After the demonstrators left the hall, the provincial house was briefly closed because many people stood in front of the small entrance. The county house is now open again.

In Zwolle, farmers spoke for an hour with deputy Gert Harm ten Bolscher (SGP), who deals with, among other things, agriculture and nature. The province of Overijssel previously announced that it would continue its own nitrogen policy for the time being and that it did not like the cabinet plan.

Farmers demonstrate against the announced nitrogen plans. According to the government’s nitrogen plan, the provinces must ensure that nitrogen emissions are reduced in designated areas.

Watch all our videos about farmers’ protests here: