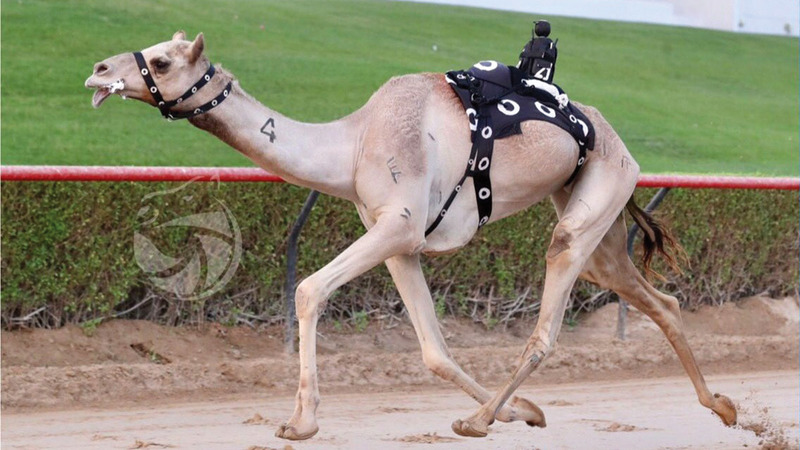 The “Antelope Camel” starred in the challenges of the encounters for the camel of His Highness Sheikhs, within the “Preliminary Marmoom”, which is held in memory of the late Sheikh Hamdan bin Rashid Al Maktoum, may God rest his soul. kilometres.

The “Antelope camel” won the title of the main round of the local virgins, after the mutter Mohammed Hamad Ragash Al-Wahaibi led the “Antelope” with a time of 6:02:7 minutes, which is the best in all the challenges of the age of the firstborn, while the camel of Sheikh Mohammed bin Butti Al Hamed announced itself. Strongly through the second round of the local remnants of Al-Jadan, under the leadership of Mukhtar Mukhtar Ahmed Abdul-Malik, who led “Makhaf” to the top with a time of 6:12:5 minutes.

“Secrets” for the Seih Al-Salam camel revealed the secrets of the third half, which is dedicated to the virgin remnants of the hybrids, after it shone on the lead under the leadership of Muhammad Saeed Muhammad Saeed Murshed, in a time of 6:20:0 minutes, and the hybrids of Sheikh Muhammad bin Butti Al Hamed renewed their brilliance through The fourth half, where Fajaj, led by Mukhtar Ahmed Abdul Malik, managed to get to the top of Al-Laqaya Al-Jaadan Al-Mahjanat with a time of 6:14:9 minutes.

On the other hand, the challenges of the radio age for the hybridization of Their Highnesses Sheikhs over the course of 14 runs for a distance of four kilometers, witnessed the “Antelope Camel” continue its brilliance by winning the title of the main race of the local radio virgin, through which Mohammed Hamad Ragash Al-Wahaibi led the “Antelope” to the summit with a time of 6: 08:7 minutes, and a strong appearance came to the hybrid of Sheikh Mohammed bin Saud bin Rashid Al Mualla, through the second round of the local radio, Al Jadan, where the illustrator Issa Khalfan Al-Shawi starred in leading “Nahar” to the top with a time of 6:12:1 minutes.

“Msheeb” by Sheikh Mansour bin Ibrahim bin Ahmed Al-Mualla, led by the implied Jamal Saeed Al-Shamti, won the best time in all runs, after he won the lead in the sixth half of Al-Jadaan radio with a time of 6:06:1 minutes.

The “Antelope” recorded a time of 6:02:7 minutes…the best in all the challenges of the age of the encounters.

The challenges were held within the second round of Al Marmoom Preliminary, and included 14 runs of four kilometers.