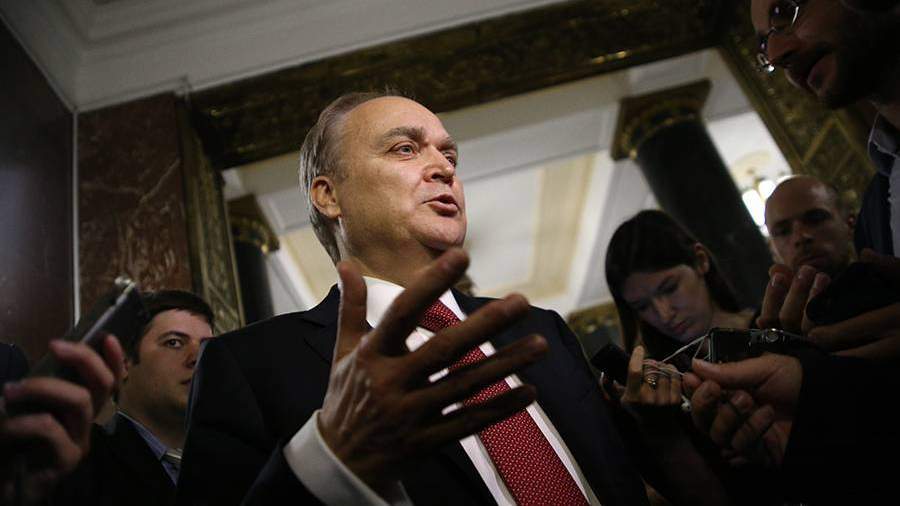 
Russian Ambassador to Washington Anatoly Antonov commented in an interview with reporters on the agreements between the United States and Germany on Nord Stream 2. His answers were published on the Facebook page of the Russian diplomatic service on Thursday, July 22.

“The document raises serious questions and even misunderstanding in terms of political attacks against Russia,” the Russian ambassador noted.

According to him, the “hostile tone” towards Moscow fundamentally contradicts the spirit of the talks between US and Russian Presidents Joe Biden and Vladimir Putin on June 16 in Geneva.

Antonov pointed out that attempts to present Russia as an aggressor and a country conducting “malicious” activities have long “become the hallmark of Russophobes.”

At the same time, the diplomat assured that threats against Moscow are “groundless and useless.” He also denied accusations that the Russian authorities are using energy resources as a weapon of political pressure.

“We repeat tirelessly: the construction of Nord Stream 2 and any other Russian export pipelines is the subject of commercial agreements with those states that are interested in our gas. Russia is ready to supply exactly as much hydrocarbons as consumers need, ”he concluded.

On July 21, it became known that Germany and the United States had reached a deal on Nord Stream 2. As the United States Undersecretary of State for Political Affairs Victoria Nuland clarified, the American authorities under the agreements undertake to seek sanctions against Russia if it uses energy as a weapon against European countries, and also intend to seek a 10-year extension of the Moscow agreement expiring in 2024 and Kiev for gas transit.

According to Nuland, Germany, within the framework of the agreements, also pledged to take swift action in the event of Russia’s “aggression” against Ukraine, as well as to insist on such measures at the EU level.

On the same day, the White House stressed that the goal of the United States administration continues to be the opposition to the geopolitical influence of the Nord Stream 2 project, and the American authorities are ready to “if necessary” impose sanctions against the pipeline.

On July 12, the executive director of Nord Stream 2 AG, Matthias Warnig, noted that construction work under the Nord Stream 2 project could be completed in August. At the same time, they expect to take the project into operation this year.

Nord Stream 2 is being built from Russia to Germany along the Baltic seabed with the aim of direct gas supplies to Europe. The EU countries mainly support the project and participate in its implementation. The Baltic states, Poland, the USA and Ukraine are opposed.

Air India with more services from Qatar to Kochi

Sponsored by “Entertainment”, “Oyoun” Shopping Festival kicks off in Riyadh

After 132 days, the daily corona infection in India dropped to less than 30,000

The central fan hall closed at the Tokyo Olympics

Erdogan’s European Commission: Do not escalate conflict during Cyprus visit

María Grazia Polanco sang with her mother the song “Amigos, no por favor”