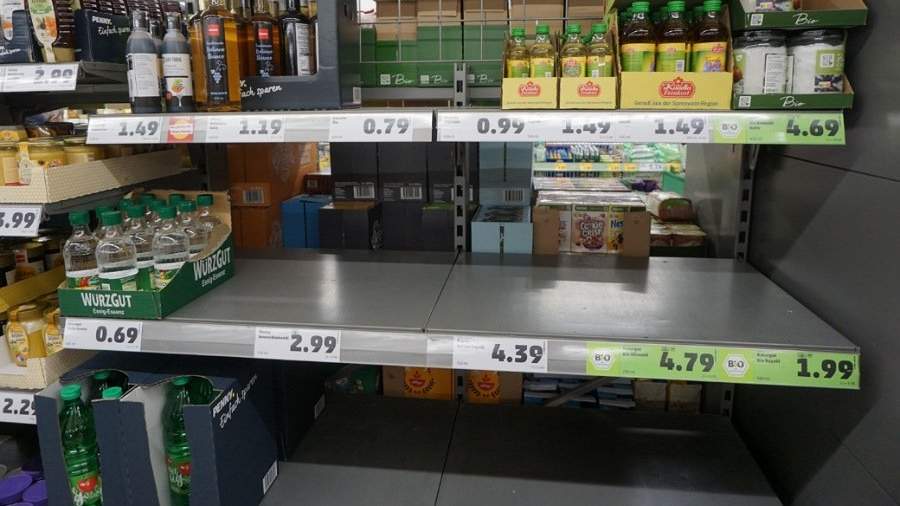 Measures of pressure on Russia by Western states directly affected the country’s ability to export various goods, which led to an aggravation of the global food crisis, said on Thursday, May 5, Russian Ambassador to the United States Anatoly Antonov.

“Accusations of us in provoking the impending food crisis are extremely destructive. Colleagues want to make the rest of the world forget that the measures of pressure on Russia directly affected its ability to export various goods. First of all, we are talking about disconnecting a number of Russian banks from the SWIFT settlement system and sanctions against our transport sector, ”the embassy’s Telegram channel quotes the diplomat’s response.

Antonov recalled that the Russian Federation continues to fulfill international obligations to supply agricultural products, fertilizers and energy carriers to the market, despite the circumstances constrained by sanctions.

“The situation would have been different if individual states had not created artificial barriers,” the ambassador stressed.

April 5 Professor of the Russian University of Economics named after. G.V. Plekhanov Ibrahim Ramazanov said that the prospect of a global food crisis is becoming more and more real, and no one will benefit from it. He noted that Russia is one of the main exporters of grain, fertilizers, energy carriers – the basic raw materials for food production. At the same time, it is now impossible to find a full-fledged replacement for Russia in the world market for these types of raw materials, the expert concludes.

Prior to this, on April 1, Dmitry Razumovsky, director of the Institute of Latin America of the Russian Academy of Sciences, said that the sanctions that the Western countries had adopted against Russia could cause a serious aggravation of the problem of world hunger.

On March 28, Anna Evstigneeva, Deputy Permanent Representative of the Russian Federation to the UN, said that the threat of a food crisis in the world is not connected with the Russian special operation to protect Donbass, but with illegal sanctions from the West.

Foreign countries are imposing sanctions against Russia against the backdrop of an operation to protect Donbass, which Moscow announced on February 24. A few days earlier, the situation in the region escalated significantly due to shelling by the Ukrainian military. The authorities of the Donetsk and Lugansk People’s Republics announced the evacuation of residents to the Russian Federation, and also turned to Moscow for help. On February 21, Russian President Vladimir Putin signed a decree recognizing the independence of the LPR and the DPR.