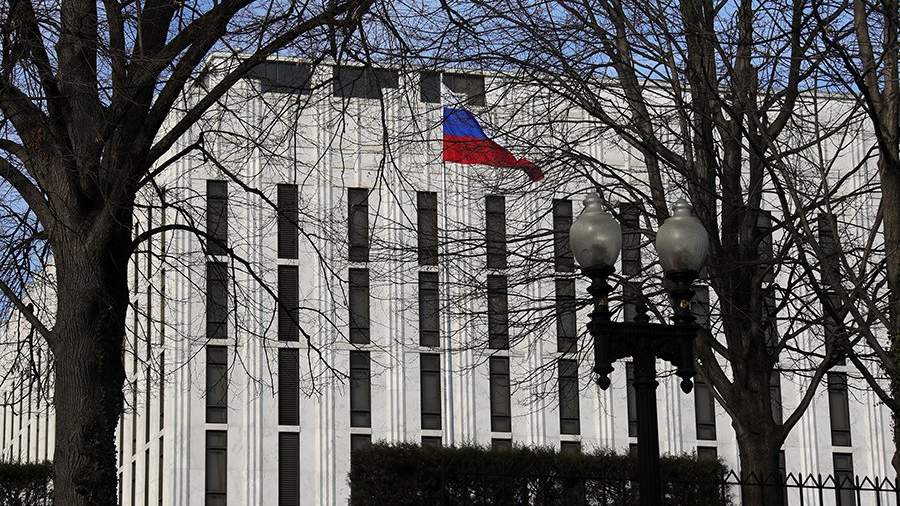 Employees of the Russian Embassy in the United States receive threats and offers to commit treason. This was announced on December 9 by Russian Ambassador to Washington Anatoly Antonov.

He pointed out that the situation around Russian foreign missions in the United States is tense.

“Our employees continue to be threatened. The phones receive so-called invitations to cooperate with the special services, they offer to betray the Motherland and go over to the side of “democratic America”. And, of course, American intelligence services make approaches to Russian diplomats, ”he said on the air of the Russia 24 channel.

Antonov also said that another group of Russian diplomats will leave the United States on January 1, whom Washington ordered to leave the country due to visa restrictions from the State Department. He also said that there is no hint of positive in Russian-American relations.

Earlier in the day, Russian Deputy Foreign Minister Sergei Ryabkov said that Washington could lower the level of diplomatic relations with Moscow and expel more Russian diplomats. According to him, the deliberate deterioration of relations with the United States is not the choice of the Russian Federation, but the country intends to act on the principle of “an eye for an eye.”

Also on that day, Kremlin spokesman Dmitry Peskov said that the exchange of Russian Viktor Bout for US basketball player Brittney Griner does not mean an improvement in relations between Moscow and Washington. He noted that bilateral relations continue to be in a “sad state.”

Prior to that, on November 29, Russian Foreign Ministry spokeswoman Maria Zakharova pointed to “the highest level of toxicity and hostility” from the United States in all directions. According to her, within the framework of a total hybrid war, all actions of Washington in relation to Moscow are subordinated to the desire to harm Russia.

On November 9, Alexei Chepa, Deputy Chairman of the State Duma Committee on International Affairs, called the cases of Russian diplomats being banned from entering Washington DC an unprecedented pressure from the United States. He stressed that this does not meet any treaties, agreements.