Appears in Saudi Arabia .. This is the date of seeing the first “giant full moon” in 2022 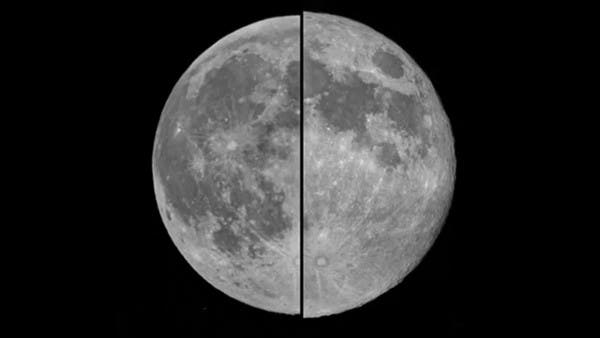 Tomorrow, Sunday, the first giant moon will appear in the sky of Saudi Arabia and the Arab world, as it will be a little closer to Earth than usual, which will make its apparent size larger and its brightness brighter.

The head of the Astronomical Society in Jeddah, Eng. Majed Abu Zahira, revealed to Al Arabiya.net that the giant moon is a description given to the moon, whether in conjunction or the full moon, when the distance between the center of the moon and the center of the Earth is within 362.146 kilometers, a term that refers to the scientific designation (perigee moon). This means that the moon is at the closest distance from the Earth, and in the case of this full moon, it will be at a distance of 362,127 kilometers.

He also said that the moon will rise from the southeastern horizon with sunset, and it may be orange in color, as a result of dust and other planktons in the atmosphere around the earth that scatter the white light reflected from it and the colors of the blue spectrum are scattered and the colors of the red spectrum that we see remain, but after its rise and distance On the horizon, it will appear in the usual silver-white color, and this happens every month, and it will remain decorating the sky throughout the night until it sets with the sunrise of Monday, coinciding with an eclipse of the moon.

The full moon can be seen at this time

In general, he added, it can be said that the moon is full throughout the night, but scientifically the name of the moon is called the full moon at the moment when the moon is at an angle of 180 degrees from the sun, which will occur on Monday morning at 07:14 am Mecca time (04:14 am GMT), and it will be Complete half of its orbit during the month.

He also explained that the full moon will have an apparent width of 5.3% greater than the average, so most people will not notice a difference between the giant full moon and other full moons, and even the difference in its illumination can be easily distracted by clouds or street lights, and most importantly, the moon when it is high in Heaven There is no point of reference that makes us realize the difference in its apparent size.

He added that the giant Badr Shawwal will not have a significant impact on our planet, except for the two phenomena of tides, which is a natural thing. islands exceptionally, and since the full moon will be close to the perigee point, the tide will emerge in a phenomenon called the high perigee tides, because the difference resulting from the giant moon of Shawwal will be limited, and there will be no effect on the energy balance of the Earth’s interior, because tides occur every day, so no increase in geological activity or unusual weather conditions are expected.

It is worth noting that this time of the lunar month is ideal for seeing the radioactive craters on the moon’s surface compared to the rest of the terrain that appears flat and whose shadows are very short because the moon’s face is in full sunlight.