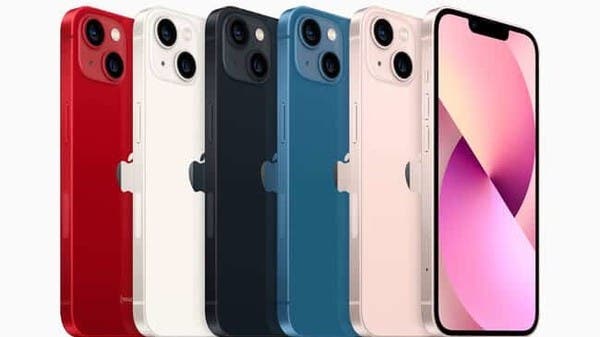 Apple has officially announced its latest iPhone 13, the basic and most popular model that sets the standards for the company’s 2021 phone lineup.

The Super Retina XDR display is still an OLED panel, and the aluminum sides are still sandwiched between two panels of glass.

Pricing starts at $829 for the iPhone 13 and $729 for the smaller iPhone 13 mini. Storage options have been boosted for this year’s models, with the company offering 128GB, 256GB, and 512GB configurations for the two models.

Pre-orders for the iPhone 13 and iPhone 13 mini begin on Friday, September 17, before the September 24 release date.

And there aren’t a lot of new features or drastic changes here. Instead, the iPhone 13 is closer to the old iPhone S model, offering some improvements to last year’s design rather than huge new features.

But unlike the iPhone 12, which has seen a major redesign, the iPhone 13 has the same spacious look as last year’s model. But with Face ID’s bumper being 20 percent smaller, which means it takes up less space at the top of your phone.

And there’s the more powerful A15 Bionic processor, which the company says is faster and more power-efficient than last year’s A14 Bionic chip.

It’s still a 5nm chip, and it’s still a hexa-core CPU (with two high-performance cores and four high-efficiency cores). But the company says it’s the fastest CPU in a smartphone, up to 50% faster than the competition. It also says that the graphics are up to 30 percent faster than its competitors.

The biggest change comes in the form of last year’s iPhone 12 Pro Max camera technology. The iPhone 13 got the same improved camera that the company first introduced with its largest smartphone in 2020, with a 47% larger sensor for the wide camera than last year, allowing it to capture more light in dark environments with less noise.

The new wide sensor is a 12-megapixel lens with f/1.6 aperture. While the 12MP ultra-wide camera features a faster f/2.4 aperture and a 120-degree field of view.

The iPhone 13 also has the sensor shift stabilization technology that the company introduced last year with the iPhone 12 Pro Max. which actually moves the wide sensor to reduce vibrations.

The new cameras also get the advantage of photographic profiles that the company introduced with the iPhone 13 Pro and iPhone 13 Pro Max models. which allows you to further customize the look of your photos for more consistency across your shots.

The company also introduced the new Cinema Mode for video, which allows the stand focus effect to change focus during video.

You can also change the focus manually or lock the focus on a specific object for more precise control as well. The front camera also features cinematic mode support.

Previous articleThe new Apple Watch has a whole new look
Next articleIn Russia, 18 841 cases of coronavirus were detected per day