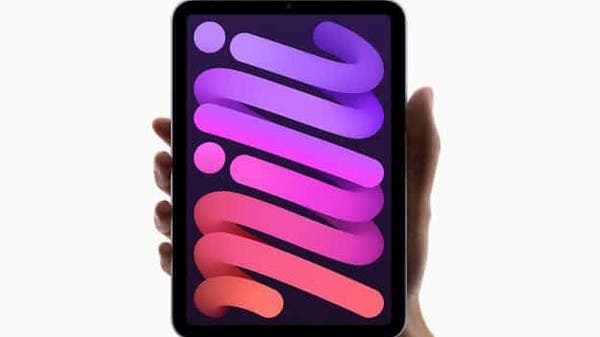 Apple announced the all-new iPad mini that features a new bezel with narrower bezels and rounded corners. The iPad mini is currently the company’s smallest tablet, even with an increase in size.

And the new device includes an 8.3-inch screen, which makes it more applicable as a device for multitasking or schoolwork. It’s available for pre-order, Tuesday, and is available next week starting at $499.

The company was rumored to be considering displaying a Mini LED display on the new iPad. Similar to the larger iPad Pro screen. But the iPad mini 6 came with a regular Liquid Retina display.

The iPad mini’s design has remained largely consistent since its debut in 2012. The new model is a radical change from the traditional design, featuring slimmer bezels than the iPad mini 5 and new color options.

The new tablet also features USB-C, Touch ID (without Face ID), a new speaker system with stereo in landscape mode, and upgraded 12MP cameras on the front and back, including a new 12MP camera with True Tone flash and 4K video recording in Back with Focus Pixels and a new 12MP ultra-high-resolution camera on the front, the tablet can support Apple’s Center Stage feature.

The entire screen design is enabled by moving Touch ID to the top button of the iPad mini. Touch ID provides the same ease of use and secure authentication that users are familiar with. To unlock the device, sign in to apps, or use Apple Pay.

It also supports Wi-Fi 6 and 5G networks with download speeds of up to 3.5Gbps, as well as the second generation Apple Pencil that attaches magnetically to the side of the chassis.

The new horizontal stereo speakers, along with the new screen, provide a great movie watching experience.

And in combination with the CPU and the GPU. Neural Engine enables apps to deliver next-level experiences, such as image recognition and natural language learning.

With its ultra-portable design and wide range of uses from everyday tasks to creative and enterprise apps, there’s nothing quite like an iPad mini. And with a new all-screen Liquid Retina display and massive performance boost,

And new advanced cameras on the front and back, Center Stage, USB-C, 5G, and Apple Pencil support, the new iPad mini is a huge leap forward that fits in the palm of your hand.