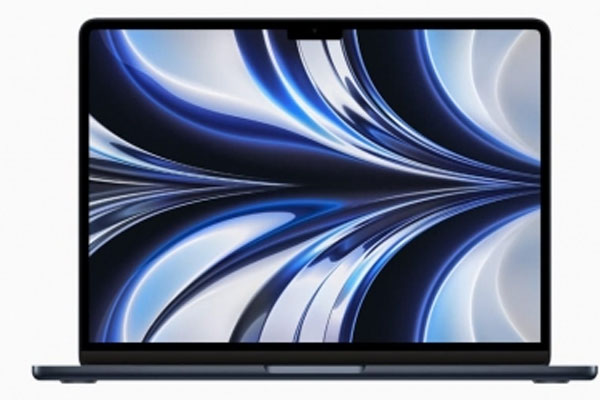 
San Francisco | Apple is reportedly planning to launch its new 15-inch MacBook Air this year. AppleInsider reports, however, that the 12-inch MacBook with Apple silicon is less likely to launch in 2023, according to Bloomberg’s Mark Gurman.

Gurman didn’t provide any additional details about the new MacBook Air, but display analyst Ross Young claimed last month that the tech giant’s suppliers will start producing 15.5-inch display panels for the upcoming laptop in the first quarter of this year. .

The new MacBook Air is expected to have the same or similar design as the latest 13-inch model.

Additionally, it is likely to be available in M2 and M2 Pro chip options, the report added.

Last month, it was reported that the Apple manufacturer was developing a 15.5-inch MacBook Air that could launch in the spring of 2023.

Ranging in size between the 14 and 16-inch MacBook Pro models, it will be the biggest MacBook Air ever and is expected to come with a MagSafe charging port, an upgraded speaker system and a 1080p camera.(IANS)