Apple may lose its privacy in the upcoming iPhones .. because of this law! 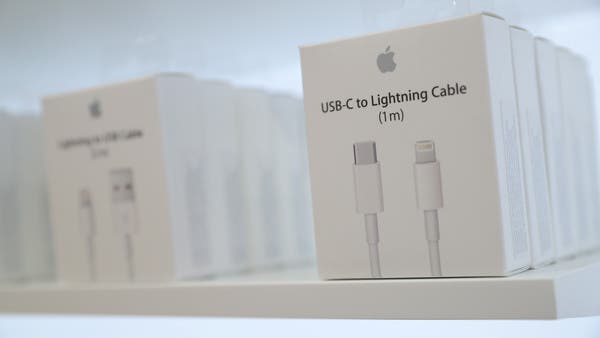 Apple is testing future iPhone models that will have a USB-C charging port, instead of the company’s traditional Lightning port, according to Bloomberg Agency, citing sources, and seen by Al Arabiya.net.

Apple’s move comes to comply with new European regulations, which will require phone manufacturers to only support the USB-C port.

In addition to testing its new devices that will come with a USB-C port, Apple is working on an adapter that will allow future iPhones to work with accessories designed for the current Lightning port, while planning to keep the Lightning connector for this year’s new models.

And by moving to USB-C, Apple will simplify the range of chargers used by its various devices. Most iPads and Macs already rely on a USB-C port instead of Lightning.

This means Apple customers can’t use a single charger for their iPhone, iPad, and Mac, which is an odd setup given Apple’s penchant for simplicity. And wireless chargers for both the iPhone and the Apple Watch use the USB-C port to charge them.

This shift will reduce Apple’s control of the iPhone accessories market. The company requires accessory makers to pay to use the Lightning connector, and the use of the USB-C port is compatible with many consumer device makers, including most Android phone manufacturers, making it less likely that Apple will be able to exercise its usual level of control.

One of the main reasons for the change is the European Union’s decision to force manufacturers of phones and other devices to adopt USB-C. In April, legislation for such a requirement was approved by a majority vote.

In turn, Apple said European law would harm its ability to innovate.

“We are concerned that regulation requiring only one type of connector for all devices on the market will harm European consumers by slowing the introduction of beneficial innovations in charging standards, including those related to safety and energy efficiency,” it said in a statement last year.