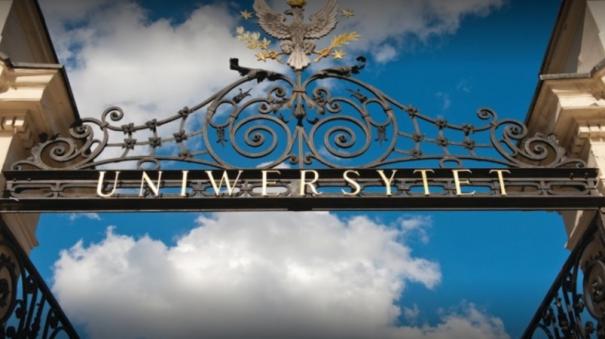 New Delhi: Indian Council for Cultural Relations (ICCR) has issued an advertisement for Indian Professorships abroad. In this, 2 visiting Tamil professor seats from Poland are not included.

Since 1970, visiting seats for Indian professors in foreign educational institutions have been set up at ICCR, which operates under the Central Department of Culture. The central government will provide the salary for those who are selected through ICCR. Food and accommodation are provided by the educational institutions of the respective countries.

There are seats for about 11 categories of subjects like Sanskrit, Hindi, Tamil, History, Economics, Philosophy, Bengali Folk Dance, Urdu, Buddhism, Indian Education. There were more than a hundred seats overseas. But, after 2014, it gradually decreased and now there are only 51 seats. Hindi is the maximum followed by Sanskrit.

There are only 2 seats for Tamil in this list, in Poland. These are located at the University of Warsaw in Poland and the Elonian University of Krakow. For these, professors have not been appointed since 2014. In 2015, ICCR selected Jaya Krishnan, head of the Tamil department of Kerala University. But Poland did not send him either. Currently, Tamil has been included in the seat advertisement published by ICCR. However, Tamil is not listed on the ICCR website to apply for it.

G. Balasubramanian, former vice-chancellor of Tanjore Tamil University and visiting professor at the Warsaw Tamil seat, told Hindu Tamil newspaper, “Tamil, which is older than Hindi and Sanskrit and is the official language in many foreign countries, has only 2 seats in Poland. It is regrettable that no professors have been appointed even for many years. Polish students are more interested in learning Tamil. Therefore, Tamil should be added to the ICCR list immediately and more seats should be created for this in other foreign countries,” he said.

The University of Warsaw has had a Tamil Chair in Indian Languages ​​for 48 years. The Elonian University of Krakow has a Tamil seat since 2008. In the initial period the professor appointed to the Polish seats had a 3-year extension. In this, his entire family was provided accommodation and food by Poland. Later the professor’s children’s expenses were reduced and the term of office was reduced to one year and then to 9 months. Such a problem does not seem to exist in other subjects including Hindi and Sanskrit.